Recently, Glenn Beck appeared on Megyn Kelly's program on Fox "News" to reflect on his time at the channel of Roger Ailes. He made a fairly remarkable admission. See if you can hear the implicit lie that he conveyed in this interview.

"I helped?" Past tense? Puleeze! Nothing he is doing on The BlazeTV is helping unite the country. Just the opposite in fact.

This is Beck recently explaining why he's "prolife," probably one of the most divisive issue before Americans.

This is Beck sounding off on "the madness" of President Obama's recent remarks about Al Qaeda on January 21st.

One could create a very long list of Beck's many divisive monologues just from this month. 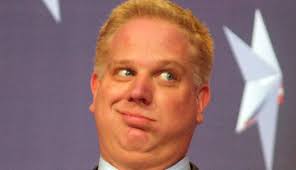 Still lying after all these years

Helped? Beck still divides this nation, and he lied (again) by suggesting that he's doing anything to unite the people, who listen to this reactionary blowhard, with anyone but themselves. He's building a constituency for politicians like Senator Cruz.

Update: The host of Reliable Sources on CNN, Brian Stelter, weighed in on a panel discussion today. Via Mediaite:


“I do think there might be a business motive to this,” Stelter said. “Call me cynical, but Glenn Beck is in the business of trying to get a cable channel nationally distributed. He needs as many cable operators to like him as possible. He’s had success already getting his channel carried across the country. But he has a lot more operators to convince. But I wonder if he’s trying to put on a friendly face now that he’s trying to get his channel more broadly carried.”

Also on the panel was Beck employee, Amy Holmes, who shilled for her boss: “I would put away the knives here. I’d like to see more of the mainstream media engage in the self-reflection in terms of story choice and tone. I think Glenn Beck is leading the way.” Right. By referring to "the madness" of President Obama's views of Al Qaeda, Mr. Beck is "leading the way" toward what? Same as always: the 19th Century. Glenn Beck is a reactionary, tea party propagandist trying to widen his market share. On the 4th Anniversary of the Supreme Court's Citizens United v FEC decision, Beck sent out an e-mail entitled "Help." He was asking his minions to call their cable companies and DirectTV to demand The BlazeTV. Beck's national priorities are Glenn Beck, not the well-being of our Republic. He did not mention Citizens United in his newsletter that day either. Corporate domination of the United States does not concern Glenn Beck. Money and fame do.

In the past Beck has gotten attention in the media by making bizarre, often outrageous claims (often conspiracy theories), which successfully built his following of fearful reactionaries. This time, he's engaging in false advertising. Mr. Beck has a goatee now, but nothing has changed for him so far as his extremist, reactionary views are concerned or his dishonesty for that matter.

News Corpse still covers Glenn Beck, and he wrote a comment on the Mediaite story about Stelter's theory:


Why are people buying into Beck's obviously disingenuous self-promotion? He does this all the time. When he gets an interview he will portray himself as regretting whatever division he has caused and promise to be positive and loving in the future. It lasts about 20 minutes. This is a recurring pattern of behavior for him. [Emphasis added]

Any questions? The Supreme Court is about to rule on whether lying is protected by the 1st Amendment. Mr. Beck is within his rights to spread the gospel of Beck, and he has an army of followers and paid minions helping him all the way. Beck appeals to millions of Americans who blame the problems of government on progressive government instead of the corruption of corporations taking over government in this post-Citizens United, moneyed political landscape. Mr. Beck, corporate shill, is fooling some of the people all of the time; and he's lying along the way.

For a summary about Glenn Beck, see "Becoming Paul Revere"
For a Mormon criticism of Mr. Beck, see "Rough Stone Soaring"
Posted by The Glenn Beck Review at 3:36 PM