Last week, President Obama gave a speech on terrorism, the drone attacks and Gitmo, the prison in Cuba where suspected terrorists and around 80 individuals cleared of any wrong-doing are being held. The entire speech is embedded below, but the focus of this speech is the intentional killing an American suspected of terrorist activities, Anwar al Awlaki. Previously, the Review has called for the President's impeachment for this extra-judicial assassination of an American citizen. Glenn Beck? He celebrated when al Awlaki was killed after first pointing out how unconstitutional it would be to kill an American citizen without due process. No one will ever accuse Mr. Beck of consistency regarding principles.

Listen to the Presidents words. Via the White House website:

The relevant passage is as follows:


But when a U.S. citizen goes abroad to wage war against America – and is actively plotting to kill U.S. citizens; and when neither the United States, nor our partners are in a position to capture him before he carries out a plot – his citizenship should no more serve as a shield than a sniper shooting down on an innocent crowd should be protected from a swat team

That’s who Anwar Awlaki was – he was continuously trying to kill people. He helped oversee the 2010 plot to detonate explosive devices on two U.S. bound cargo planes. He was involved in planning to blow up an airliner in 2009. When Farouk Abdulmutallab – the Christmas Day bomber – went to Yemen in 2009, Awlaki hosted him, approved his suicide operation, and helped him tape a martyrdom video to be shown after the attack. His last instructions were to blow up the airplane when it was over American soil. I would have detained and prosecuted Awlaki if we captured him before he carried out a plot. But we couldn’t. And as President, I would have been derelict in my duty had I not authorized the strike that took out Awlaki.

So what is the problem with that?  Libertarian Senator Rand Paul points out as quoted on the media blog Mediaite:


“I was pleased with his words. However, there still is a question in my mind, of what he thinks due process is. Due process to most of us is a court of law, it’s a trial by jury, and right now their process is him looking at some flashcards, and a Power Point presentation on Terror Tuesdays in the White House. For a lot of us, that’s not really due process.”

Impeachment was ingrained into the Constitution to hold presidents accountable to the rule of law, and in this instance, President Obama clearly violated the 5th and 14th Amendments. 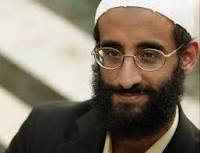 Consider the assertions Obama made as if they had been proven in court:

There is no such title in al Quada in the Arabia Peninsula. The false claim was apparently used to comport with Attorney General standard in the OLC memo for targeted killing. It must be a senior leader who is targeted.
This is an allegation that was supposedly provided by the Christmas day underwear bomber, Umar Farouk Abdulmutallab. Again, no proof was offered and no due process was undertaken outside of the "Power Point presentation...in the White House" as Senator Paul framed it.
The U.S. didn't try to capture al Awlaki. It is possible to mount warheads in the hellfire missiles used to kill al Awlaki with knock-out gas. That would give time for an assault team to fly in and scoop al Awlaki up for a trail. Apparently, no one in the CIA or Pentagon has considered this. Furthermore, why was there never an indictment created against al Awaki? DSWright on the Firedog Lake blog conveys the problem with this claim by the President:


Perhaps if he were formally charged, as an American citizen should be, he may have decided to engage the legal system and we would have an actual factual basis to go on rather than unsubstantiated assertions by Obama. None of that happened. Instead an American citizen was killed by the word of one unaccountable man, President Obama.

Senator Rand Paul is not yet saying it (yet); DSWright did not write it. President Obama should be impeached. Let him stand before the jury of his peers, the U.S. Senate, and make his case for trashing the Constitution this way. It's not hard to imagine that liberals and progressives would be calling for President McCain's impeachment if he had won the election in 2008 and ordered al Awlaki assassinated in this extra-judicial manner. The silence heard on the left is the sound of hypocrisy.

Impeachment happy Glenn Beck, the "values and principles guy," is still focused on the "scandals" de jure as framed by the right: Benghazi, the IRS "targeting" of right-wing groups for extra scrutiny, the AP/Fox "journalist" subpoenas for phone records and the "lies" Obama is supposedly telling about them. Liar Beck making accusations at Obama for lying? That, too, is hypocrisy. Beck ignoring this major speech in his newsletters? That is just surprising.

Update, 5/06/13: On The Cycle today, Jeremy Scahill, creator of the documentary "Dirty Wars," was a guest talking about the killing of Anwar al Awlaki without due process. Listen to him not call for the impeachment of Obama on the all-Obama network, MSNBC, although he certainly could have mentioned it.

Via MSNBC, the relevant dialog begins at the 3:00 minute mark.

Update, 9/07/2013: Listen to this interview with Professor Francis Boyle who lists the killing of Americans in his articles of impeachment against President Obama. Via Next News Network:

Update, 7/24/2014: The "White Paper," authored by David Barron, which provided the legal reasoning for the killing of al-Alwaki, was released in June of this year. Today, The American Conservative published an article entitled "Drones Against the Fifth Amendment" which also makes the case for impeachment of the President. Author Peter Van Buren writes:


You can’t get more serious about protecting the people from their government than the Fifth Amendment to the Constitution, specifically in its most critical clause: “No person shall be… deprived of life, liberty, or property, without due process of law.” In 2011, the White House ordered the drone-killing of American citizen Anwar al-Awlaki without trial. It claimed this was a legal act it is prepared to repeat as necessary. Given the Fifth Amendment, how exactly was this justified? Thanks to a much contested, recently released but significantly redacted—about one-third of the text is missing—Justice Department white paper providing the basis for that extrajudicial killing, we finally know: the president in Post-Constitutional America is now officially judge, jury, and executioner.

Unfortunately, there are too many Democrats who put partisan loyalty above the Constitution, and too many Republicans who fear appearing soft on terrorism, regardless of the constitutional consequences. For more on the rationale offered by Barron, read a related article at Fire Dog Lake.

Update, 12/27/2014: Op-Ed News has been running articles critical of the President, but an originally published Daily Kos article makes a strong case for the impeachment of Presidents Bush and Obama. See "A Decent Nation Would Have Impeached Bush and Obama." The Daily Kos is usually extremely supportive of President Obama. More on the left are waking up and leaving hypocrisy in the real view mirror.

Glenn Beck, meanwhile, wants Obama impeached because...well, just because. Glenn Beck has come up with a novel reason to impeach a president. Via the RWW Facebook feed:

He wants to stain a president's record. Creative fool. Beck's flip flop on the assassination of al-Awlaki demonstrates one of the three main criticisms rendered repeatedly on this Review. He doesn't seem sincere; it's all a performance, a show to keep his listeners frightened and angry. He's a fraud, a charlatan, a front-man for the Koch brothers and other far-right members of the 0.01%.

Beck, like virtually every member of the House of Representatives, does not give the principle behind the Fifth Amendment the seriousness it deserves. From the Daily Kos piece:


Obama and approximately a hundred members of his national security team gather for their "Terror Tuesday" meetings in which they hand pick the next so-called national security "threat" to die by way of the American military/CIA drone program. Obama signs off personally on about a third of the drone strikes: all of the ones in Yemen and Somalia, and the risky ones in Pakistan. ... These "Terror Tuesday" sessions run counter to every constitutional and moral principle that has guided America since its inception. It's not only suspected terrorists whose death warrants are being personally signed by the president but innocent civilians geographically situated near a strike zone, as well, whether or not they have any ties to a suspected terrorist. As an anonymous government official on Obama's drone campaign observed, "They count the corpses and they're not really sure who they are." Indeed, Obama's first authorized drone attack in Yemen led to the deaths of 14 women and 21 children, and only one al Qaeda affiliate....Should we fail to recognize and rectify the danger in allowing a single individual to declare himself the exception to the rule of law and assume the role of judge, jury, and executioner, we will have no one else to blame when we plunge once and for all into the abyss that is tyranny.

Beck has an "excuse;" he's an Islamophobe, or he pretends to be, and al-Awlaki was Muslim. Members of Congress apparently agree for one reason or another that our post-Constitutional "empire" should not be challenged with the instrument of impeachment the Framers made available in the Constitution. This tyranny, along with the NSA intrusion of American privacy, the legal attacks on whistle blowers, the neo-feudal world order and a variety of anti-democratic Supreme Court decisions will require another American revolution to restore the democratic, constitutional Republic that's been lost.


The U.S. government continues to maintain that Awlaki personally directed the Christmas Day bomb plot. Its source for that is an alleged confession given to investigators by Abdulmutallab immediately after he was apprehended. But that confession has serious problems. Marcy Wheeler, an independent journalist who has scrutinized this case more extensively than any other journalist, has written several analyses of this case. “Abdulmutallab gave 3 ‘confessions,’” Wheeler told me. “The first on December 25, 2009, after he was captured. In that he attributed all his direction to ‘Abu Tarak,’ which [the] DOJ would later claim was just a pseudonym for Awlaki, which is impossible.” In Yemen, I asked many sources close to Awlaki if they had ever heard this nickname used or given to Awlaki. None had.

Clearly, Awlaki had joined AQAP; but the case against him, a case that never included an indictment, hearing or trial, is not cut and dry. In our post-constitutional, corporate-state, we have to just take the President's word for it. That's not what the Framers had in mind when they crafted the first ten amendments to the Constitution.

Posted by The Glenn Beck Review at 4:53 AM