For some time now, Glenn Beck's employee, conservative journalist S E Cupp, has been on an MSNBC program called The Cycle. Considering the utter dud of a story Beck crashed with recently, i.e., the non-suspect Abdulrahman Ali Alharbi, as the center of a conspiracy that was to arouse the American people to call for President Obama's impeachment, it is useful to see that Cupp is focused on a story that actually would lead to President Obama's impeachment if the House Republicans actually cared about the Constitution. The Monday in July of 2010, when the Shirley Sherrod story -- about the department of agriculture employee who was quoted out of context to make her seem like a racist -- broke, Beck ignored that fake controversy and instead "broke" the 7 and 1/2 month old news that the President had a kill list and an American citizen was on it. It is a rare instance that Beck is actually on the right side of history or the Constitution.  On that one concern Glenn Beck would have been on solid constitutional reasoning to call for the impeachment of President Obama when this American, an al Queda propagandist named Anwar al-Awlaki, was killed, as he was in September of 2011. However, when Beck discussed assassination on his radio show, he said, "Dingdong, the witch is dead. Anwar al-Awlaki is dead." So much for "principles" and the Constitution.

Instead of using the "extra-judicial" killing of an American to call for Obama's impeachment, Beck chose an absurd conspiracy theory that exploited a Saudi national's circumstance around the tragic Boston terrorist bombings. That turned out to be a huge bust since Alharbi was cleared by the FBI and Beck's "evidence" against him did not make any sense, according to Beck's own guest, Bob Trent.

Cupp has been addressing the topic of Obama's "extra-judicial" killing of Americans without using the word "impeachment." Unlike Mr. Beck, Cupp seems to have integrity as a conveyor of actual facts. This MSNBC segment, concerning national security, ties right into Glenn Beck's absurd attempt, last week, to get his gullible followers angered and riled up to demand Obama's impeachment. Listen to SE Cupp's question and discussion about Obama's drone war in particular.

The drone strikes that are creating "resentment" are actually undermining American security with the killing of many innocent people, so-called "collateral damage." This includes two other Americans, Samir Khan, who was with al-Awaki when his vehicle was slammed by a hellfire missile and Abdulrahman al-Awaki, Anwar's 16 y/o son. As 9-11 was a backlash against the first Gulf War and U.S. troops based in Saudi Arabia, these drone strikes are making enemies of the United States. That is the best reason that this program should be grounded and reviewed by Congress. As Yemini activist and journalist, Ferea Al-Muslimi, argues, the predator drone approach to counter-terrorism is akin to “reading from a manual '10 Steps on How to Lose a War.’ ”

Because of loyalties and ideological bias, congressional supporters of President Obama appear to refuse to consider what seems obvious. By having al-Awaki assassinated without due process, Obama apparently has violated the 5th and 14th Amendments of the Constitution. Cupp mentioned this in an earlier episode of The Cycle, but Beck never picked up on this solid and principled reason to not just oppose the President, but to call for his impeachment as he did recently for dishonest reasons. Like most of Obama's supporters, Beck supported the killing of al-Awaki, but in Beck's case, only after he initially opposed it. 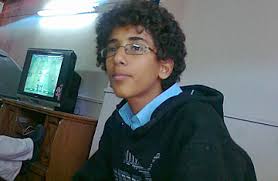 The point is not just that Beck is a hypocrite. Big deal; that is nothing new. The point is not that Beck's dissent against Obama is dishonest. That is nothing new either. The point is that Glenn Beck has had solid reasons to call for the President's impeachment since September of 2011, but remained supportive of the extra-judicial killing of an American citizen off the battlefield. Instead, Beck chose a completely bogus reason to call for Obama's impeachment.

This does not suggest that Beck is stupid; he did not want to alienate his followers who were glad that al-Awaki was killed, legally or not. This is likely the reason why the Republican House has not impeached the President for the assassination of an American. Beck is a savvy businessman and excellent salesman who tells his customers what they want to hear. On the other hand, Beck is no Rhodes Scholar or anything close to it.

There are two points here, one for the general public happening upon this post and one for Beck's supporters who assume that anyone pointing out Beck's dishonest propaganda against Obama must be a supporter of the President. President Barack Obama should be impeached for the "extra-judicial" assassination of an America off the battlefield. Perhaps the President has a perfectly legal rationale for this apparently unconstitutional crime, but he is not conveying it to the American people. So much for transparency. President Obama should stand before a jury of his peers, the U.S. Senate, and make the case for this killing of an American without apparent due process. Otherwise, we can kiss our Republic farewell; we are now an empire, just as Beck adviser Karl Rove stated in 2004.

Despite the false claims of Beck's followers on comments around the Internet, this Republican blogger is no supporter of President Obama. His foreign policy behavior is in some ways better than President Bush's and in too many ways worse. Obama is too integrated with technological solutions and technical rationality which ignores the reasons why some reactionary Muslims are plotting against the U.S. It is our "foreign policy" that creates non-domestic terrorist plot against Americans. This was covered by reporter and constitutional lawyer Glenn Greenwald in a recent interview with Bill Moyers. Via The Guardian:

What we need to do as a nation is to use a broader form of rationality, rationality proper, to come up with a new foreign policy that would reduce America's strategic footprint, roll back the American "Empire" and allow all nations the right to self-determination. Yes, sometimes we need to kill those who would (or have) do(no) us harm, but until we radically reduce or otherwise modify the drone program of terrorism from the sky and generally stop giving Muslims reasons to hate the American "empire," the U.S. is expending resources that would be better directed at "combating" climate change which has the potential to do far more damage to the United States and all civilizations than what a tiny minority of angry, reactionary Muslims can do to their Western enemies. The best way to fight terrorism is to stop making enemies!

You won't read this on Beck's neo-conservative website nor in the mainstream media, but the United States needs to employ a broader form of reason (rationality proper) and deconstruct the "empire" that has been growing since the late 19th Century. No empire has lasted forever; and the U.S. is no exception, no matter how deluded the overly narrow practitioners of technical rationality are about "American exceptionalism." Impeaching President Obama would send a message to future presidents. We the people will not tolerate it when a president ignores the Constitution in pursuit of temporary, technological military advantages that are as likely unconstitutional as the assassination of al-Awaki, an alleged but never even charged "direct plotter" against the United States.

No illusions here: the peaceful deconstruction of the American "empire" will not happen and thus the United States will continue to drift, as we have been for over the last century, toward greater militarization of our society and toward the inevitable result of military hubris, i.e., the collapse of power and influence that accompanies the twilight of an empire. The Soviet Union demonstrated that this process need not be violent, but do not expect the American elite to follow their example. We need new leaders with new (rationality proper) thinking. For that, we need a broadly enlightened base of American voters no matter what their Party affiliation, to support such leaders. Therefore, in the name of peace, please share this URL: http://tinyurl.com/c4zz4ep

Update, 5/13/2013: Now that Beck's effort to have Obama impeached because the FBI cleared the Saudi student, Abdulrahman Ali Alharbi, after the Boston bombing attack, he's now on another track to push for Obama's impeachment. Listen to this:

"I have not suggested that anything raises to the level of impeachment..." WTF? He just did claim that Obama should be impeached a few weeks ago! Starting this call for a Special Council by stating a bold-faced lie is not exactly making an honest argument.

Beck had a legitimate reason to call for Obama's impeachment in 2011, but making the case that the IRS mishandling of Tea Party tax status is an impeachable offense is reaching. And it would be stupid. That last thing that the Republican Party wants is an incumbent President Biden to try to defeat in 2016.