Last weekend, Glenn Beck was awarded one of the prizes awarded for the Tribeca annual disruptive innovation awards. Beck is, indeed, disruptive to rational political discourse; so that seems fair enough. Beck's particular prize? Somehow, Beck was awarded the Charles Darwin Prize. Yes, anti-evolutionary propagandist Glenn Beck wins the Charles Darwin Prize, and because of something Beck said during an interview with Aryeh Bourkoff of the investment bank, LionTree, after the awards ceremony, Beck got the "pushback of the day" from Fox, his former employer.

So Glenn Beck, who does not believe in the science of evolution, was given the Charles Darwin Prize. The prize was awarded by The Economist, but queries to Tribeca as to who nominated Beck for that particular prize, one of several prizes offered, have not been returned. Glenn Beck wins the Charles Darwin Prize. What next, the king of predator drones and hellfire missiles wins the Nobel Peace Prize?  Oh, right. 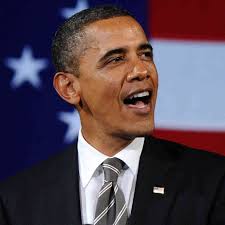 In the interview with Bourkoff, Beck made some comments that lead a Fox "News" spokesman to fire back a response. Beck said:

If you stay in it too long, you become Norma Desmond...I remember feeling ... If you do not leave now, you won’t leave with your soul intact.

It is not for this Review to make the case as to whether Beck had a soul or not, but Politico's Mike Allen received a response for Beck's assertion:

Glenn Beck wasn't trying to save his soul, he was trying to save his ass. Advertisers fled his show and even Glenn knows what that means in our industry. Yet, we still tried to give him a soft landing. Guess no good deed goes unpunished.

NewsCorpse offers great two insights about this "pushback" from Fox:

That response is interesting for a couple of reasons beyond the obvious slap in the face to Beck. First, it ought to make things a little uncomfortable for Bill O’Reilly, who is the only Fox host who still invites Beck back to the network. Is Beck still welcome? Will Bill mention that his bosses regard Beck as an ungrateful loser?

Secondly, this unidentified Fox spokesman has confirmed something that Fox has denied for years: that Beck’s racist and rancid antics cost the network advertisers and revenue. The company line at Fox was that “there has been no revenue lost.” But clearly that was not the case, as they now admit.

Tip of the hat to StopBeck.com's Angelo Carusone. Because Fox News president, Roger Ailes, was not and never has been particularly forthright about what happened, the conjecture here was that Beck's contract was terminated early because Ailes did not want Beck influencing the Republican primaries that would have been in debate phase in December 2011. There is no evidence that the race for president accounts in any way for Beck's premature departure. Conjecture is best left for Mr. Beck.

Beck accepted this prize on a weekend after a week during which the central issue of his media empire, BlazeTV, was his effort to have President Obama impeached. That claim from Beck revolved around a Saudi student who was wounded in the Boston Patriot's Day bombings. Because Mr. Beck claimed to have sources higher up in the Obama administration, he was making the case that the FBI, Dept. of Homeland Security, the State Dept. and other government agencies were hiding information and allowing this "suspect," who Beck claimed was documented as "armed and dangerous," to go free, cleared of any suspicion. This is the young man Beck used to further his agenda and rouse the Tea Party/9-12ers to contact their congressman and get this investigated!

What's that have to do with Darwin?

Couldn't Tribeca have come up with a better prize for the anti-intellectual, deceitful propagandist than the scientist who first grasped the understanding that species evolve. The other prizes they rewarded were:
There were many more nameless awards given to people with impressive accomplishments, and they were all under the umbrella of "disruptive innovations". It is water under the bridge now, but Tribeca shocks with the choices for the Henry IV Prize and the Charles Darwin Prize. It is as if they got smashed at a party and selected which prize belongs to whom by dart toss. Beck most certainly deserves to be recognized by Tribeca, but what the hell could possibly be the rationale of giving Glenn Beck the Charles Darwin Prize?

Today, Beck did not mention a word about Abdul Rahman Ali Alharbi. Beck spent last week destroying a young man's life, ended that week accepting a prize he did not deserve and moved on to his next topic exploited to further his reactionary, backward agenda. What the hell?

Posted by The Glenn Beck Review at 5:04 AM