What is Obama politically?


It well known by anyone paying attention to Glenn Beck that he believes the President is a "Marxist," "socialist," and "communist." Beck has spent four years smearing the President thus, but when President Obama received the endorsement and support of former Secretary of State Colin Powell, a Republican, that should have put Glenn Beck's deceitful propaganda to bed. Not likely. Beck has already declared that he's going to "double down" on his outrageous and often absurd assertions against the President, so it's worth citing another conservative, Andrew Sullivan, regarding what he believes Obama to be politically speaking.

Sullivan appeared the night of the election on The Colbert Report. Via Colbert Nation:

According to Sullivan, Obama is a "moderate," a far cry from the radical "Marxist" Beck falsely paints him as. So who is Andrew Sullivan? According to Wikipedia, he describes himself as...


...a conservative and is the author of The Conservative Soul. He has supported a number of traditional conservative positions. He favors a flat tax, limited government, and opposes welfare state programs and interventionism.

Sullivan rejected the "liberal" label, on the grounds that he supports a flat tax, rejects progressive taxation as unjust and counter-productive, is skeptical of universal healthcare "on European lines" and supports a free market in healthcare and pharmaceuticals, strongly, supports "fighting a war against Jihadist terror", and therefore does not meet Forbes magazine's own criteria for a "liberal", which include support for progressive taxation and universal healthcare and "a certain queasiness about the war on terror."

Unlike Glenn Beck (or Rush Limbaugh and Sean Hannity for that matter) Sullivan graduated from college. He actually knows what he is talking about. 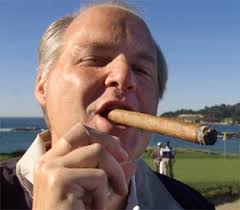 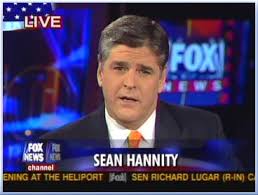 Something that the President is not is progressive, a political ideology that Beck has been distorting and deceitfully attacking and distorting for four years. If you doubt that, read "The Do-Nothing 44th President" by progressive David Michael Green, author of The Regressive Antidote. If you're still not convinced that President Obama is (barely) liberal and not progressive, read "If we call Obama 'progressive,' are we ignoring his record." In this piece, professor and progressive activist Cornel West states:

Finally, former adviser to President Reagan, Bruce Bartlett, has declared President Obama to be a "moderate conservative." There is no way that pro-corporate, Barack Obama, can objectively be considered a progressive, and this will likely become even more apparent in the President's 2nd term.

Beck will, no doubt, "double down" as he put it and continue to lie about the President and distort his record.  Clearly, Beck's supporters will not acknowledge that Beck is a professional liar. That would undermine their entire world-view, a fiction that Beck has helped create in their minds, and their misunderstanding that he tells the "truth," a claim that Beck repeats over and over and over as a slogan. (It's called programming.)

In all likelihood, Beck will assist in the effort to make the Republican Party a reflection of his extremist, reactionary, Tea Party values for four more years. Ironically, if racist Beck is successful in that quest, he may help carry the Republican Party toward the ashcan of history. That would be a sad and ironic ending for the Party that abolished slavery in the United States.

Update, 11/15/2012: Previously, the publisher of The American Conservative, Wick Allison, was quoted indicating how critical he was of Governor Romney ("the opposite of conservative"). Allison was contacted and asked who he voted for in this recent election and why. He responded:


I voted for Obama because he was the more conservative of the two candidates. In fact, Obama so far has been a more conservative president than Richard Nixon, whom you will recall imposed wage and price controls. The tax rate under Nixon for high earners was 70 percent. (And, by the way, under Reagan it was 50 percent).

My concern is that the Republican Party cannot be trusted with the keys to the Treasury. The party of fiscal responsibility, despite its posturing during campaigns, has in office demonstrated such reckless fiscal irresponsibility that I cannot see how any traditional conservative could possibility vote to return it to the White House.

When you hear someone call the President a "Marxist" or "socialist," contain your laugh at the ignorant tool and tell him or her to read what genuine conservatives think about Obama.

Update, 12/9/2012: In a piece published on Truthout by Thom Hartmann and Sam Sacks, the authors make the following point which, again, undermines the absurd anti-Obama propaganda spewed by Glenn Beck:


Two recent polls by Public Policy Polling, which was recognized as the most accurate polling service during the 2012 election, capture this disturbing mindset of registered Republicans. Driven by rants that President Obama is a socialist trying to destroy the American way of life, 25% of registered Republicans want their respective states to secede from the union. Here in the real world, President Obama has been very good to corporate America, overseeing the largest increase in corporate profits since 1900. In fact, corporate profits today as a percent of GDP are higher than they’ve ever been before in our nation’s history.  So either President Obama is the worst socialist ever, or he’s read a lot more Milton Friedman than Karl Marx.

Again, when you hear someone call the President a "Marxist" or "socialist," tell him or her to read what sane, informed people think about Obama.

In a little-noticed comment on Spanish-language television on December 14, Obama himself confirmed this typology of today's political spectrum. Said Obama, 'The truth of the matter is that my policies are so mainstream that if I had set the same policies that I had back in the 1980s, I would be considered a moderate Republican.' " [Emphasis added]