The following post is being republished here with permission of the author, David Roberts. The original piece was entitled "Policy in the Age of Post-truth Politics," and it was published in Grist: A Beacon in the Smog. This is being republished because Glenn Beck practices the art of deceitful propaganda which blends facts, ignorant nonsense and post-truth politics (along with fear-mongering, race-baiting, name calling, the paranoid style, etc). At the end of this piece will be two videos on the topic of post-truth posturing by three Republican Senators regarding the story that UN Ambassador Susan Rice told the media in the aftermath of the Benghazi attacks on the consulate that killed four Americans. 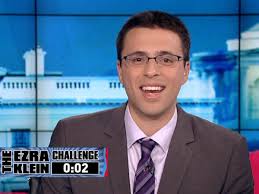 … environmentalists pulled together a huge coalition of businesses, religious groups, military groups, unions, and social justice groups. They got a majority of U.S. citizens on their side, as polls repeatedly showed. And — here’s the kicker — on the back of all that work, they got a majority of legislators in both houses of Congress on their side.
In a sane world — and in other developed democracies —that’s what success looks like.

But in the U.S. political system, it wasn’t enough.
I’ll tell you what I don’t think will work: Dems using policy concessions to try to win political fights. Somehow Andy Revkin picks through the wreckage of the climate fight and concludes that one of the culprits was “a failure on the part of the major environmental groups and their allies to compromise earlier in the legislative effort to address climate change.” Of course cap-and-trade itself was born as a compromise, and at every step of the process the climate bill was compromised further and further until there was almost nothing left of it, but at no point did all that compromising change the politics a whit. It didn’t move the needle at all. What does Revkin take from this? We needed even bigger compromises, even earlier! Some how, some way, those unreasonable hippies must be to blame for this.
Revkin and the Breakthrough folks would have us believe that policy differences are at the root of the failure to dethrone fossil fuels. It’s just the wrong ideas, the wrong five-point plan. The climate bill that passed the House had R and D spending, consumer rebates, clean energy incentives, efficiency standards, development programs for clean cars and low-energy buildings, and a cap-and-trade program for carbon emissions. But it just had the wrong mix of those policies, you see. A different mix, with more emphasis on R and D, would have brought Reasonable People out of the woodwork!
Matt Nisbet says, “We really need to get beyond power politics on climate change, where almost anything goes to win politically in the short-term.” Yeah, that’s the problem: the left was just too darn merciless on the climate bill, too united, too willing to spend money and primary opponents and stay on message. Too much focus on power, that’s what went wrong! Again that forlorn, undying hope: that the politics can be taken out of politics.
If we do compromise more, quit talking about pollution, get rid of any penalties or limits or mandates, and just ask for some research money, Republicans will join us on that, right?
No. And not a theoretical no. Not a prediction. They have rejected those overtures before and they are rejecting them as we speak, mocking and attacking green R and D and any form of support for clean energy or low-carbon infrastructure. It’s not that they disagreed with green groups about the best way to get beyond fossil fuels; they disagreed about the need to do so. That is the policy, even if the politics was “all of the above.”
Yet even now, still, everyone wants to think that they could have won the climate fight if greens had only listened to their clever policy approach. If they could just get the hippies to shut up, they could show the referees how reasonable they are, and the referees would call it in their favor.
But the referees have left the building. Policy is policy. Politics is politics. First you figure out what you want — in my case, I want clean energy, dense land use, and economic justice — and then you take every chance to make progress toward those goals. Meanwhile, you wage political war with the tools of politics: money, message, organization, solidarity, and a healthy dose of ruthless opportunism. Policy concessions aren’t just a poor weapon in that war; they are no weapon at all.
----------------------------------------------------------------

Senators Ayotte, McCain and Graham
"Republicans have mastered post-truth politics." This phenomenon has been playing out recently with attacks on Ambassador Rice for the stories she conveyed to the media. On The Last Word, Lawrence O'Donnell discusses McCain and Graham's attacks on Ms. Rice on Nov. 27th with his guests.

For a more humorous version of this issue, which exposes the double standards being practiced by these Senators, watch Jon Stewart cover this on The Daily Show from Nov. 28th.