Glenn Beck is lying about MSNBC and his own history


On September 28th, Glenn Beck had a monologue on his radio show about NBC and MSNBC. During his rant he made a couple of claims that are just flat-out provably false, and this time he knew that he was lying. Either that, or his memory is completely shot. Below is the clip from his website followed by the false statements he made about his own propaganda while on Fox. Two of his lies will be shown to be bold-faced lies. If you know someone who argues with you that Glenn Beck tells the truth, send them to this post

These are the claims Beck made that stand out as patent lies:

What they’re doing to Mitt Romney is beyond politics because we’re not talking about politics.

When has anyone on NBC or MSNBC ever compared Mitt Romney to the Devil? Doing so would certainly be far worse that anything anyone on MSNBC is doing to Romney, but Beck did exactly that to President Obama. Remember this from August of 2010? "...what they’re doing to Mitt Romney is far worse than anything they ever accused us of doing to Barack Obama." The second "they" are Beck's critics, and that bit of comparison certainly was addressed here and on the Crooks and Liars blog. Pointing out that Romney is a flip-flopper, a liar and an incompetent campaigner, which is what MSNBC has been doing, does not hold a candle to the sleazy propaganda that Beck engages in.

The next blatant lie concerns Beck "never" editing tape of President Obama. Three different bloggers caught Beck splicing two unrelated sentences from an Obama press conference in Canada after a G-20 summit. The three blog posts covering this edited tape were:
Context is precisely what made that editing of the President's press conference such a "slight of hand." Obama was addressing trade with China, and Beck deceitfully turned the phrase "level playing field" into a statement of world-wide income equality. No one, absolutely no one on NBC or MSNBC, is lying about Mitt Romney as systematically and routinely as Beck did on Fox and still does on the radio if at all. There is more nonsense about MSNBC on the video clip from Beck's site, but time does not allow a lengthier expose of the lies Beck is telling about a network he clearly does not watch much if at all. For example, hosts on MSNBC most certainly are talking about the deceitful Paul Ryan, Beck's "soulmate."

Because facts, particularly facts about Beck's lies, usually backfire against those who love and support Mr. Beck, his followers will not be convinced; but the fact of this monologue is as clear as country air. Glenn Beck is a bold-faced liar! Do not lose an argument with one of his gullible and ignorant followers on this matter. 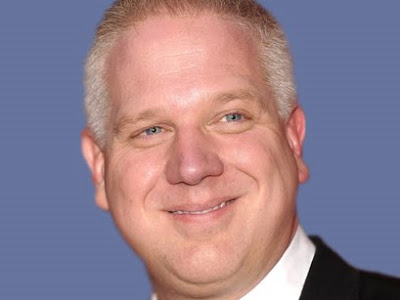 Update, 10/03/2012: Previously here, Beck was exposed projecting his own dangerous, violent vitriol onto MSNBC's Chris Matthews. Aside from his apparently complete ignorance about what MSNBC is actually saying about Paul Ryan, Beck is clearly projecting onto MSNBC precisely what he and Fox "News" has been doing to President Obama for the last four years.
Before voters are taken in by the lies of Beck's minions,
get involved
If you know any of Beck's supporters,
please share this post with them.
Post a comment
All non-spam comments approved
Free speech is practiced here
------------------------------------------------------
Please get involved for 10 minutes
Share this URL with your friends, relatives and undecided voters
http://www.sharethisurlaboutglennbeck.com/
Thank you
Posted by The Glenn Beck Review at 4:26 PM