How will Beck treat the news of Bin Laden's death?


Usually this Review addresses what Glenn Beck states after the words come out of his mouth. However, with the killing yesterday of United State's number one enemy, Osama bin Laden, ears will by on Beck's rhetoric today to determine if he is going to address this news as a patriot or as a rodeo clown/yellow propagandist. Beck has the tendency to treat Americans that he does not agree with as "enemies" and to ignore al Qaeda, bin Laden's terrorist organization, for the most part. 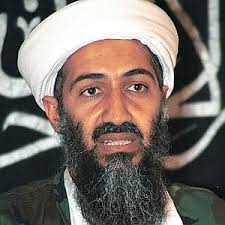 Update: The following is presented via the Mediaite news blog.


"We live in a society of conspiracy freaks." Earth calling Glenn Beck; you are one of those freaks!

No one will ever argue that Beck shows sensitivity to the feelings or beliefs of other people's faith and cultures. Can you imagine Glenn Beck as Secretary of State? The only reason it's a "surprising shock" to Beck that President Obama would give the order to have bin Laden killed is because Glenn Beck hasn't been listening to Obama. Either that, or the drugs and alcohol took a toll on Beck's brain.

In case it's not clear from listening to Beck speak, he is an entertainer, a morning zoo radio blowhard more in tune with the immature than the adults. Something that Beck said rang true: "The job ain't done." Neither is the Review of his lies, hypocrisies and yellow propaganda.

Update: During his show on Fox, Beck had the gall to call the President "arrogant" during his speech last night. While the rest of the country is celebrating this moment of victory and pride, Glenn Beck takes a deceitful and arrogant, if not racist, shot at the President. Glenn Beck is a terrible stain on this country, and his departure for the Fox stage cannot come soon enough.
For a summary about Glenn Beck, see "Becoming Paul Revere"

Posted by The Glenn Beck Review at 3:46 AM