"I have no idea what I'm doing with the economy...."
~~Glenn Beck
Glenn Beck Show, 11/26/10
This is part VI of XXI of a detailed analysis of Glenn Beck's newest book, Broke: The Plan to Restore Our Trust, Truth and Treasure, co-written with the help of Kevin Balfe. Keep in mind that it was published on 10/16/11, one month before Beck admitted complete ignorance "with the economy." Chapter 6 is entitled "Hoover, Keynes and FDR, The Three Horsemen of the Progressive Apocalypse." Weird, this is the first that Republican Hoover has been deemed "progressive," but that is how Glenn Beck rolls. If a politician employs government to the service of economic growth, restoration or recovery, it's "catastrophe" for Beck's far, reactionary right wing perspective. Beck's small government perspective considers even George W. Bush a "progressive," and his "history" in this chapter ignores some inconvenient facts that do not comport with his point of view.

Glenn Beck = federal government?
Chapter 6 begins with a quotation from FDR which is cited in a text of one of Beck's occasional guests, Burton Fulson.(1)  Roosevelt actually did say, "We seldom know, six weeks in advace, what we are going to do;" but a friend of Beck's, who will not admit that Beck is engaged on his Fox show in propaganda, is someone to fact check for accuracy. Most, perhaps all, of the books cited in the Citations section of Broke are written by authors on the right side of the political spectrum. That doesn't necessarily mean that Broke is flawed; it's just not an objective analysis of the past that Beck is "analyzing" in "Part One: The Past is Prologue."

The notion of objectivity is banished in the title of this chapter, i.e., "Progressive Apocalypse," and throughout. In the second paragraph Beck refers to "big-government 'solutions' " of these two presidents and their "black magic." To demonstrate the mood of the country Beck cites songs that were part of the nation's music as if the blues were not a constant of black Americans then and now, during boom times and bust times. Here again Beck's writes "history" by cherry picking random details of the Great Depression. Beck refers to the song, Brother, Can You Spare a Dime? to which he answered "No," without noting that it was written to "why the men who built the nation...find themselves abandoned, in bread lines."(2) 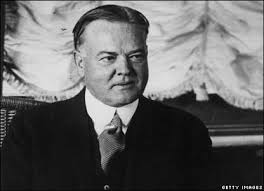 Beck bemoans that President Herbert Hoover, and engineer by training, was one of the nation's "cognitive elite."(3) Because Beck reveres the Founding Fathers of the United States, he never attaches that phrase to them even though the men who hammered out the Constitution in Philadelphia that hot summer of 1787 were the "cognitive elite" of that era (minus Thomas Jefferson who was then the U.S. minister to France).(4) This is a double standard the pervades much of Beck's anti-intellectual, anti-elitism that is occasionally expressed by him. Beck claims that Hoover "hiked tariffs on imported goods, unleashed government spending, spearheaded new social programs and championed massive tax increases." A self described progressive and reformer, Hoover advocated tax cuts for low-income Americans (not enacted), a fact Beck ignores. The new "social program" that was actually enacted by Congress in Hoover's time was farm subsidies. Hoover advocated for a small retirement pension, proposed a Department of Education and loans for urban slum clearances, but none of these were enacted into law. When Beck writes that Hoover "spearheaded new social programs" that is technically true even though virtually none of his proposed programs were established as law by Congress.(5) Maybe the title of this chapter should have been "Propaganda About Hoover, Keynes and FDR...." which is true about much of what Beck says and writes.


Beck spends most of the chapter "throwing darts" are "economic philosopher" John Maynard Keyes and President Franklin Roosevelt. Ironically Beck segues into these sections by noting that "the backlash that America is so famous for should have been in full effect...." In these times Glenn Beck is the central character of The Backlash against President Obama's liberal reforms, and it's no accident that this transition section of the chapter is subtitled, "Change We Can Believe In," an Obama campaign slogan. 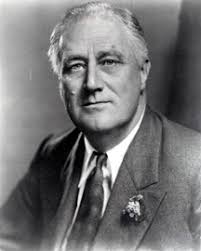 Beck argues that Roosevelt believed "that central planning and massive government spending could solve virtually any problem." Perhaps the best example of "central planning" would be the National Industrial Recovery Act of 1933 which "tried to end cutthroat competition by forcing industries to come up with codes that established the rules of operation for all firms within specific industries, such as minimum prices, agreements not to compete, and production restrictions. Industry leaders negotiated the codes which were then approved by NIRA officials."(6) What Beck conveys as heavy handed "planning" from Washington were in fact rules negotiated by industry leaders themselves working with the government. The NIRA was then found unconstitutional by the Supreme Court. Roosevelt also created the Securities and Exchange Commission during his "first new deal," a federal agency that exists to this day to regulate, not plan the activities of, Wall Street. Banking regulations were passed in 1934 which helped keep the U.S. economy on a more or less even keel until a little more than a decade after they were repealed by Gingrich's Congress and signed into law by President Clinton. Beck notes that these kind of regulations ("central planning") and government spending are views still held by progressive economists today, "despite overwhelming evidence that it doesn't work." In the citations, there is nothing to support the patently false claim that regulations and government spending do not work. Beck doesn't acknowledge in this chapter that the massive spending and debt that was used to fight World War II is what got people back to work again. Beck, of course, ignores this when he claims that the New Dealers "failed miserably."(7) As Steven Stoft explains, "There are two ways to stimulate an economy [A] monetary policy (lower interest rates), and [B] fiscal policy (government spending). But when the interest rate goes down to zero monetary policy becomes impossible. That leaves government spending, or we can just stay in [this current recession] for ten years or more. Both are bad choices, but staying in a depression is much worse, so the choice is simple." (8) 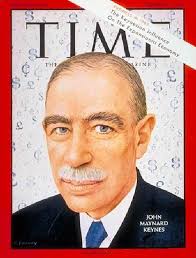 This understanding, using deficit spending to stimulate a broken (depressed) economy was pioneered by economist John Keynes. Beck uses Hunter Lewis' book, Where Keynes Went Wrong: And Why World Governments Keep Creating Inflation, Bubbles, and Busts, to argue against Keynes' theories.(9) Lewis uses ideas from the Austrian School of Economics to claim that Keynes' prescriptions have made things worse, not better.(10) Beck bemoans that Keynes rejected "America's long-standing tradition of savings and frugality" and instead argued "that 'the sole ... objective of all economic activity' was consumption." This has come to be known as demand-side economics, and that the "solution to digging out of economic holes...was...spending. Lots and lots of spending."(11) Where Beck wants to deny the functionality of deficit spending he employs denial (that the "humongous deficits of WWII to pull us out of the Great Depression.")(12)


The deceptions of this chapter are perhaps highlighted in a side bar that Beck calls a "Teachable Moment." In it Beck claims that Obama has "an apparent 'war' on free-market capitalism...." Of course, this is the deceitful, yellow propaganda that Beck has been engaged in since Obama's inauguration in 2009. President Obama fiercely supports the free market(13) and understands government spending to be a bridge to sustained, market driven, economic growth. Beck continues in this side bar to claim that "President Obama's decision to appoint people without much private-sector experience is very much in keeping with a Roosevelt-esque view of who is best equipped to run the country."(14) So that explains why Obama had so many economic advisors taken from Goldman-Sachs! Another hypocrisy on Beck's part comes from the subtitle of the section of the chapter this "Teachable Moment" is part of: "Smithboating Adam Smith." Smithboating is a play on the word swift-boating, a smear campaign against 2004 presidential, Democratic candidate, John Kerry. "Swift-boating" is a euphemism for the spreading of lies through the media, and this "Teachable Moment" indeed swift-boated President Obama! Next to telling lies, hypocrisy is Glenn Beck's greatest character flaw.


Another "Teachable Moment" near the end of this chapter demonstrates Beck's inclination to lie or misinform. In it he claims, "By the end of 2010, America's debt will represent 62 percent of the nation's economy, finally eclipsing the previous all-time high that was reached by FDR during World War II." First, as Beck noted on one of his Fox "News" shows, the federal debt is approaching 100% of the Gross Domestic Product;(15) so the percentage figure is an error. Second, the previous all-time high was about 120% of the GDP as shown in the z-facts graph shown below:(16)

100% in this chart is located about where the top of the "m" in "Obama" is on the graph. If there is a "Teachable Moment" in Beck's teachable moments, it can be stated succinctly, "Don't believe anything expressed by Glenn Beck with checking his 'facts!' "

Has an issue with honesty

One last point will demonstrate how Beck chooses to tell his story about the Great Depression. In the final section entitled "The Ultimate Stimulus Plan" Beck notes that "While the top [income] tax rate increased six percentage points from 1943 to 1944, the amount of tax revenues collected soared 82 percent." Beck does not translate this: a small increase in the marginal, top tax rates creates substantial improvement in the revenues collected. Beck goes on to note that "the debt went from $659 billion in 1940 [in 2009 dollars] to a jaw-dropping $3 trillion in 1946. The debt would not reach those heights again for another thirty-eight years."(17) Beck knows that a major war was underway, but he doesn't argue against budget-busting foreign entanglements as the Founders he so reveres did. Also, the president that brought about the massive deficits thirty-eight years later was Beck's hero, Ronald Reagan. Beck did not mention that significant fact either.