Upon his return from his holiday season break, Glenn Beck launched into a monologue on his Fox show that ended with a commitment to "up" his charity. As you listen to the following clip, which was extracted from the Mediaite blog, pay close attention to the theatrics, the tone and emphasis of his voice, the overall bluster of an actor on a stage, fully engaged in his performance art.

As he alluded to in this clip, he has been talking about charity all year, ever since he took a sharp turn toward God and faith. He wants charity to replace the social safety net in the United States, which is laughable on the face of it; but the point here is that Beck does NOT engage in charity. Beck does not raise funds for any group of people like other performers or commentators with platforms like the one Beck abuses. He claims that he personally "upped" his charitable contributions (a claim that he did not substantiate), but he ends this clip with a challenge to liberal media to increase there giving. Where the hell has Glenn Beck been in 2010? If you listen to how much he talks about Glenn Beck and what Glenn Beck is going to do, it's apparent that Glenn Beck is too self-absorbed and therefore ignorant about the liberal media to have any idea what charity is being done elsewhere.

In 2010, Beck used charitable fund raising for the special ops warrior fund, not a group in poverty. The money that he provided to them is what was left over after the money raised covered the cost of his 8-28 rally on the Washington Mall last summer. First Mr. Beck; then the veterans. He also donated the money brought in on his 9-11 anniversary gig with Palin in Anchorage, AK; but only after he took heat for exploiting the 9-11 tragedy for personal gain. Again, the money went to veterans, not the poor. This is pointed out to show that Beck's "charity" in 2010 was not Christian in nature. For a supposed "Christian," who talked about faith all year long, his fund raising last year was distinctly not anything Jesus would have embraced, not Christian in nature.

Not once in 2010 did Beck use his high profile and large following to do any charity work from his Fox platform. He concludes his rant in this clip with his t-shirt idea: "liberal media and politicians, I've upped my charity, not up yours." Beck likes to talk the talk, but walking the walk is strictly a personal thing. Does he really give as much as he claims? His viewers just have to believe him, a proven, habitual liar. Beck doesn't get his viewers involved with charity unless he needs to have money to use first. Add charity to the list of principles Beck demonstrates hypocrisy about.

Three examples of "liberal media" figures,who do use their platforms to do charity work for either poor and/or sick people, are: 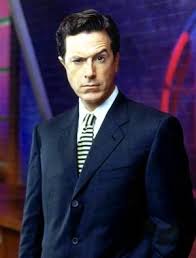 So, Glenn Beck, when it comes to using your high profile and loud, verbose stage craft to do charity work; up yours! One thing Mr. Beck is not, is...

What's broken, his bank account or his moral compass?
Posted by The Glenn Beck Review at 2:34 PM