The Media Research Center, a conservative media watchdog organization committed to detecting and exposing liberal bias in the news has announced their annual best of notable quotable annual awards for the years worst reporting. Showing their far-right bias and contempt for objectivity in their work, this years notable omission was Glenn Beck.

The MRC has been previously covered by this review for their overwrought concerns for detecting liberal bias while turning blind eyes toward conservative bias in the media and the truthiness that is widespread on Fox "News" and other conservative media outlets, particularly online. The following categories will be hot links to their awards for readers interested to find out who they decided worthy of their award. The final category is the one that Glenn Beck is most qualified to win, and the MRC winner and runners up will be shown to demonstrate that MRC has no credibility as a media watchdog in this era of post-truth politics.


After Beck's wacky and deceitful analysis of Van Jones, of progressives, of President Obama, of the history of slavery and especially of George Soros, whom Beck smears as "evil and spooky." So who was the winner of this bogus award? First the runners up: 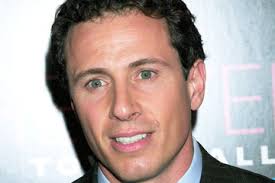 Chris Cuomo
“Why did someone, with apparently so much to live for, simply decide to throw it all away? Faisal Shahzad seemed to be living the American dream. Wife, two kids, nice house in the suburbs, an immigrant from Pakistan bettering himself through education and hard work....Even his signature seems to suggest optimism — it appears a heart is dotting the ‘i’ in Faisal....”— ABC’s Chris Cuomo on the attempted Times Square bomber, May 4 World News.

Bill Press
2.    Bill Press (31 points)
“I call NPR ‘National Pentagon Radio.’ They’re no more left wing than Fox News as far as I’m concerned. Look at the commentators they have on there, right? They’re all right-wing commentators. I couldn’t get in the door of NPR. I’m sure you don’t appear on their shows either, right? They lean so far right. The idea that they’re part of the liberal media, as if they were. Look, except for MSNBC, these guys control all the media as far as I’m concerned.”
— Left-wing radio host and former CNN and MSNBC co-host Bill Press on Ed Schultz’s radio show, Oct. 22.

3.     Paul Haven (44 points)
“Cuba’s communist leaders mapped out a brave new world of free enterprise on Friday, approving a laundry list of small-time businesses, allowing islanders to take on employees and even promising credit to burgeoning entrepreneurs. The reforms — laid out in a three-page spread in the Communist Party-daily Granma — seem sure to create a society of haves and have-nots in a land that has spent half a century striving for an egalitarian utopia.”
— Associated Press writer Paul Haven in a September 24 dispatch from Havana. 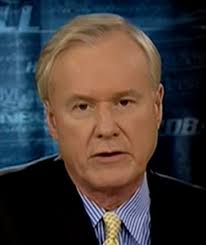 Chris Matthews
4.     Chris Matthews (46 points)
“You know, I was trying to think about who he was tonight, and it’s interesting: He is post-racial by all appearances. You know, I forgot he was black tonight for an hour.”
— MSNBC’s Chris Matthews during live coverage following the State of the Union address, January 27.
And this year's winner is...

“Well, we’re almost here, aren’t we? The end of a long, arduous, four-month campaign for a Senate seat that you have approximately the same chance of filling as you did the pilot’s chair of the Starship Enterprise....The notion that Massachusetts would elect a Republican to fill the seat left vacant by Edward Kennedy was the property of people who buy interesting mushrooms in interesting places. You might as well expect the House of Windsor to be succeeded on the British throne by the Kardashian sisters.”
— The Boston Globe Magazine’s Charles Pierce in a January 10 column addressed to GOP Senate candidate Scott Brown.

The Audacity of Dopes Award for the Wackiest Analysis of the Year?

Granted, Pierce's analogy was far-fetched and wacky, but how does that compare with Glenn Beck arguing that George Soros has formed a shadow government or that he helped send Jews off to death camps as a child? After all of his dopey assertions and wacky analysis this year, the fact that Beck didn't even warrant a runner up status with Media Research Center demonstrates to anyone even moderately objective that the MCR is only interested in bias that they don't agree with. Far right bias? Two blind eyes. Wackiness in the extreme? Two blind eyes. Actually with 38 staffers responsible for media analysis, that would be 76 blind eyes. Two eyes, blinded by ideological bias, must be a requirement for employment there. What else can explain the self-delusion and ignorance of any facts that do not correspond to their right-wing bias?
Until the MRC takes off their blinders and starts looking either for all bias in news reporting or they at least point out the lies that are told in all media outlets, left, center and right; they simply have no credibility as media watchdogs. They are instead, enablers of the massive fraud being perpetrated on the public by Fox Propaganda Channel and other right-wing media; and they demonstrate, not just with these awards but daily, an utter contempt for objectivity and truth.


Addendum (12/29/2010): Least any reader gets the idea that this Reviewer is not objective with regard to media watchdog analysis, see "This time Beck is right and Media Matters got it wrong" and "Keith Olbermann does not understand transcripts from Beck's show." What matters most for this blogger is getting the facts right.
Get involved
Post a comment
All non-spam comments approved
------------------------------------------------------
Please get involved for 10 minutes
Share this URL with your friends
http://sharethisurlaboutglennbeck.com
Thank you
Posted by The Glenn Beck Review at 4:25 PM