Beck's demonizing of opponents is wreckless, dangerous and irresponsible


Last Friday on his Fox show, Glenn Beck spent a full hour discussing "Let there be stuff," a curriculum presented by the Tides Foundation geared toward Christian and Jewish teenagers. It is designed to guide them to explore the relationship between their consumption, their health and the health of the planet, but Beck turned this project curriculum into a satanic idea. If Beck can sell that absurd idea, is another Beck-inspired attempt at mass murder an unreasonable expectation?

On his October 15th Fox show, Beck held the Tides Foundation sponsored curriculum in his hands and asked, "Is that sulfur I smell? Yes, I think it is." It was as if Beck were trying to pry another lunatic out of the woodwork to do God's work and fight the "Devil." At no time during that one hour program did Beck remind his viewers to sign the Pledge of Non-Violence that Beck has posted on his website as part of the 40 day, 40 night pledge he wants his minions to undertake.

Even though Tides Foundation donor, George Soros, does not control the organization's activities, Beck demonized his as well. At one point, Beck said, "This is the latest from George Soros -- spooky dude George Soros. I swear to you -- you've got to watch I think it's episode six of the Star Wars movies where the emperor is like -- remember he's sitting in that big spooky chair and he turns around -- It's George Soros."  Emperor Palpatine was the most the supreme ruler of the most tyrannical regime the galaxy had ever known in the Star Wars science fiction.


Beck's wreckless demonizing of opponents, who have different views of public policy, the environment, God, etc., had just been addressed hours earlier by Tides founder and CEO, Drummond Pike. In a letter he released, he noted that Williams had been inspired by Beck's irresponsible rhetoric and called for an advertising boycott of Fox News. Piked wrote, "businesses that pay to broadcast commercials on Fox News are subsidizing Glenn Beck's television show by continuing to pump money into the network," adding, "It has become clear that the only way to stop supporting Beck is to stop supporting Fox News." 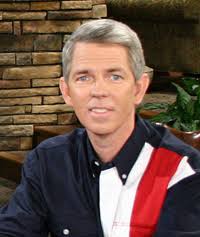 Beck's guests on this show were, like Beck, reactionary extremists. David Barton is a religious fanatic, a renown liar and historical revisionist who seeks to tear down the wall of separation between church and state. Beck's other guest was Calvin Beisner As noted by the liberal media watchdogs, Media Matters for America, "Beisner wrote in 2005 that public schools are "the enemy" to Christians after court rejected teaching Intelligent Design in biology class." The DeSmog Blog has previously that Beisner authored a 2005 article criticizing a U.S. district court ruling that prohibited a school district in Pennsylvania from teaching "intelligent design" in science classes. According to NewScientist, supporters of intelligent design "believe that some things in nature are simply too complex to have evolved by natural selection, and therefore must be the work of an intelligent designer." Beisner wrote:


The aggressive, extreme secularism that would reject all reference in biology studies to intelligent design of irreducibly complex structures is more patently unscientific and more obviously religious than what most people have encountered in discussing evolution and creation. Perhaps a few more will waken now to the fact that the public schools are the enemy, not the friend, and not even a neutral party, to Christians, and therefore (a) remove their kids from them and (b) stop working in them.(1)

Like pretty much everyone on the Glenn Beck show, Barton and Beisner are religious fanatics far out of the mainstream of American thinking. For Beck, having ideas about protecting the environment or ideas about God that are different that what the uneducated Glenn Beck believes renders people holding those ideas "evil." One can expect that kind of rhetoric from a fundamentalist pastor on a Sunday morning, but for Beck to continue to paint others, who think differently than Beck and his extremists guests, as representatives of the devil is irresponsible, wreckless and, as has been noted, "completely insane." How many of Beck's targets and/or political opponents have to get killed before an adult at Fox removes this violence inspiring extremist from the platform of Fox Republican/Tea Party propaganda? Sadly, the answer to that question awaits a body count.

Glenn Beck clearly does not understand how the Tides Foundation works. It is a fiscal sponsor for The Story of Stuff. That does NOT mean that Story of Stuff is funded by Tides, nor does it mean that Tides directs the programmatic content of the project. It DOES mean that Tides provides - at either a reduced rate or free of charge - back office infrastructure, such as accounting, human resources, IT, legal oversight (to ensure that the project adheres to 501(c)3 legal requirements around charitable activities), etc. Tides provides this infrastructure to small non-profits that would normally find those back office operations to be prohibitively expensive. Having Tides as a fiscal sponsor is kind of like a for-profit utilizing an outsourcing center for back office operations. For him to imply anything sinister about outsourcing your accounting and other paperwork is the most ridiculous thing ever. Using his logic, we should all be very concerned about companies like Accenture and Capgemini because they are providing back office support to most of the S&P top 50 companies. Absurd.

Thanks Amanda, that was useful insight.