Keith Olbermann does not understand transcripts of Beck's show


On Countdown with Keith Olbermann this last Tuesday, August 10th, Glenn Beck was second on his worst persons of the world because Beck announced that he woke up and found himself on the planet of the apes. Olbermann found that to be evidence of racism on Beck's part and worse, read the transcripts from that episode on FoxNews.com which he found to have been "whitewashed."

The bit went as follows: 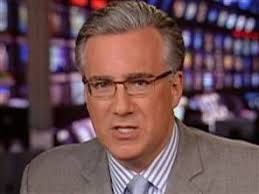 accurate interpretation?
Obermann: It is the self-whitewashing part that is the news here. This is what he said on August 5th. Another part of the [straining his voice] Mountain Dew and Cheetos paroxysm.

racist or buffoon?
Beck: What planet have I landed on? Did I slip through a wormhole in the middle of the night, and this looks like America. It's like the damn planet of the apes. Nothing makes sense.

Olbermann: Right. During one of those diatribes against the President, he asked the rhetorical question, does this look like the planet of the apes. No racism there. When it came time to transform this spiel into a piece over at the Fox News website, we instead got, "What planet have I landed on? On what planet does this look sustainable? Probably the same one where Andy Stern is on the financial oversight committee. He was in Return to the Planet of the Apes, right? Is this who we want to cater to and take advice from? Unions? They're the ones who are bankrupting us. Even Fixed News felt is had to clean up something Beck said, but since nobody can control him over there, they won't try to stop him from saying that on television.

There is at least one problem with this "whitewashing." The transcripts on the Fox News website rarely, if ever, matches what Beck actually says during his show. They are believed to be the scripts that are in front of Beck on his teleprompter, and Beck often riffs on what he is saying. It's not a "whitewashed;" it's the difference between what Beck plans on saying and what he actually says.

As guest blogger, Aunty Em, at Newshounds, noted on March 14th, "However, [Beck] went off the rails when you said, according to your own transcript (which always differs wildly from what you actually say....)  On May 2nd, she wrote, "Much of the time, when quoting Beck’s show, I just grab what I laughingly call “the official transcript” over at the Fox News site and warn the reader how inaccurate usually it is. I am being disingenuous. I suspect “the official transcript” is what appears in the teleprompter when he’s in front of the camera." [Emphasis added]


The second possible flaw in Olbermann's observation is that Beck was being racist with that comment. More likely, Beck was just being Beck: outrageous, absurd and disconnected from reality. Beck thrives on controversy, and he generated it again. If it was an unconscious, racist slip, as Olbermann guessed, then more will pop out in the months to come. Critics will catch it as Beck continues to demonstrate that he's becoming even more unhinged than the month before. It keeps his ratings high, but only on a propaganda outfit like Fox "News."

Posted by The Glenn Beck Review at 4:18 PM

So, being a white guy that hates the socialist direction that the country is going, I cannot say that I somehow woke up on the planet of the apes? Where the leadership constantly walks all over the constitution and individual rights?

Outside of the concerns of national security, tell me how "the leadership constantly walks all over the Constitution and individual rights."

As you know, I'm a reformed Beck fan. However, I have to say that I am getting mad about there supposedly being a racist around every corner. It just seems like everyone is calling everyone else a racist for saying seemingly innocent stuff. Not sure about the Planet of the Apes deal but, in general I think we are becoming way to sensitive about some things. I don't think that every little reference to the Planet of the Apes, etc., means that the person talking is a racist. I hope this made sense. I do love this blog and I respect you a great deal but I just had to state my views on this topic. Thanks for letting me do so as I know some blogs only post comments that aren't controversial.

I am not convinced that Beck is a racist. In Common Nonsense, Zaitchik alludes to Beck being a "symbolic racist," but that is under investigation at this point.

It's clear that Beck is stoking white fears of what the Obama Administration is doing, from ACORN to the fake New Black Panther Party "story" that Beck "tied" to the Administration which he milked and of course of Van Jones who Beck lies about to this day. Beck is a race-baiter and rhetorically anti-racist. That is a contradiction that merits further study.

You are right about the contradiction needing further study. Also, I thought I'd clarify my earlier post. I was taking issue with Olbermann and his theory that the Planet of the Apes deal was racist in some way. I think we all need to be careful with labels and it seems like you, Victor, are indeed doing your homework. I wish folks would at least investigate Beck a bit before following him any further. I did this, as you know, and it is quite liberating, frankly!!

"Outside of the concerns of national security, tell me how "the leadership constantly walks all over the Constitution and individual rights.""

Here are some examples:

1) The US Constitution does not allow the Congress to force The People to purchase a good or service. Yet, under ObamaCare, there is an individual mandate.

3) The DOJ has argued in court that the gov't has the power to track you via your cell phone and that you have no reasonable expectation of privacy on US soil. They took the position in court that they can spy on US citizens on US soil even when there is no warrant or evidence of wrongdoing.

That's just a very brief list but it's enough to give you a bit of the flavor of what is going on.

Re: 1) I happen to oppose the mandate, and it may not get passed the SCROTUS. It's up to them to decide if it's unconstitutional, not you and not Glenn Beck.

2) Obama made that law? I think it's very old...if it is a fact. No documentation; I'll doubt it.

3) National security issue although it could be abused by any Administration.

Sorry, I'm not convinced. If you come back and give examples, give references. I have my hands full fact checking Beck; I'm not wasting time checking claims of "anonymous."

1) Congress is limited by the Constitution to functioning within their Enumerated Powers only. Forcing citizens to purchase a consumer product or service is NOT one of their powers. The US Constitution and the Federalist Papers are not complex pieces of writing. It's very easy to discern what their meaning is because the Founders specifically wanted the common man to be able to comprehend them.

2) The case is Hall v Sebelius. Go do some reading.

3) The gov't should be allowed to track common ordinary US citizens going about their daily lives in the interest of national security? Man, that smells of a fascist state somewhere, not America. Ever hear of the 4th Amendment?

4) Evidently reading comprehension is a weak point with you. The Obama Admin wants to collect DNA samples from every person that is arrested. Do you understand that? Arrested. Not convicted. Simply arrested. 4th Amendment once again.

You asked for examples from the first commenter on this thread. There are your examples.

Finally if you've got such a problem with people actually using the "Anonymous" option, then why do you offer it?

Want another example of the gov't infringing on the rights of the people?

Nancy Pelosi wants to investigate the opposition to the NYC mosque.

Nearly 70% of Americans oppose the project...and she wants them investigated?

What ever happened to the First Amendment?

Anonymous, re: 1) This will no doubt end up before the Supreme Court, the most conservative SCOTUS of the last 50 years. You think the mandate is unconstitution; many disagree with you. We will find out.

2) So it has nothing to do with what this Administration has done except that they are now arguing in support of the law...like they're supposed to do.

3) This also looks like a case that will end up before the SCOTUS. I hope that warrantless tracking of cell phone carriers will not be permitted. This Administration has taken the Bush track on fighting terrorism, and it does threaten civil liberties. On the other hand, if a warrant is obtained, then I have no problem with government using bluetooth technology to locate suspected criminals and jihadists.

4) If someone has been arrested, that's not a violation of the 4th Amendment to take a sample of their DNA. Again, this will likely end up before the SCOTUS. I'm confident that the current court will protect us from unreasonable government activities. I think it's a good idea, a breakthrough in solving crimes committed long ago.

I didn't offer it; Blogspot is a free service that I use. Question is, why don' you use your name. You seem pretty intelligent and reasonable.

RE: Pelosi's call for investigation. This has been done. Atlas Shrugged blogger, Pamela Gellar seems to be the agitator behind the stirred up hornet's nest that is not helping our image in the Middle East. I'm working on a post about Beck's contribution to inflaming the ire of Islamic militants now. Stopping the cultural center would mean that those who attacked us on 9-11 win that round, causing us to curtail our highest ideals. Geller is quite a liar actually.