What would Jesus say about Glenn Beck?

Nobody can know…
but likely He would not talk about others at all.  However, if Jesus were to speak directly to Beck in a dream (assuming Beck actually can sleep at night), He might ask, “Glenn, now that you’re a rich man, what chance to you think you have of getting into heaven?”

Altruistic?
Beck claimed on his program on 5/18 that he gives a lot more than the President and the Vice-President, but he’s still selling stuff all the time. He has more ways for people to pay for stuff on his web-site than one can imagine. Last year Beck reportedly made $32 million, but that is not enough for Beck.
We live in a Capitalist economy, so there is no problem with Glenn Beck making a fortune on his silver tongue. The problem is his false righteousness pointed out above and below.  Beck likes to tell his viewers that “Nothing is as it appears to be,” and that’s very true…about Glenn Beck. Beck likes to claim his adherence to the “truth,” but once again he uses deceptive techniques to distort the facts.
Evangelical Jim Wallis: Marxist or Christian? 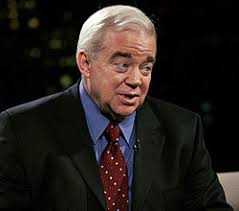 Jim Wallis is an advisor to President Obama on faith and politics. Beck played a recording of Wallis, who Beck called a Marxist, in an interview:

MAUREEN FIELDER (host): Are you then calling for the redistribution of wealth in society?
WALLIS: Absolutely. Without any hesitation. That’s what the gospel is about.

WALLIS: I get a call one day from the priest and Dorothy Day’s in town, opening a Catholic border house on Kenmore up on the north side. “She wants to meet you; do you have time?” Do I have time? We had one community car; it was always broken, and so I ran, you know, 20 blocks. And I’m in the parlor of the Catholic Worker and in walks the great lady. Dorothy wrote a book about her life called Love Is the Measure, but she wasn’t ever soft. Very tough. “So, you’re a radical student like me, right? You were a Marxist like me, right?” “Yeah.”

Beck ended the recording right there and asked, “Got it? That’s who these people are. They can hide behind the cloth all they want, but they don’t know the difference — actually he does, he just denies it — he doesn’t know the difference between individual salvation, he doesn’t know the difference between individual redemption, individual justice, and collective….”
Now for the facts:
Media Matters, a media watch dog group based in Washington, pointed out that “Wallis and Day were actually discussing their “conversion” from “secular radicalism and Marxism to Jesus Christ.” In a March 24 blog post discussing a previous Beck distortion, Wallis discussed retelling the story of his first meeting with Day, which is discussed in Beck’s second deceptive clip. Wallis included an extended portion of his WBEZ interview and wrote of Beck:”
Wallis: “Beck recounted a conversation I had with Dorothy as a new young convert to Christianity. She was in her eighties and asked me if I had been a radical student in my early years as she had been. “Yeah,” Beck recorded me saying. And if I had been attracted to Marxism, as she had. “Yeah” I said again. Gotcha! Beck said. They’re both Marxists! What he left out was the next lines of our conversation that I still remember and, of course, were on the same tape he abruptly cut off. “And now, you’re a Catholic?” Dorothy Day asked me. “Well, now I’m a Christian,” I said…We were sharing our conversion stories from secular radicalism and Marxism to Jesus Christ and his gospel of love and justice. Glenn Beck just left that part out, as he often leaves stuff out or just makes up stuff and puts it in.”
Quoting people out of context is a frequent tactic that Beck uses to twist the words of those he seeks to discredit into something that they are not. Beck likes to bemoan about how the 10 Commandments have been driven out of our public institutions, but one has to ask if he even knows what they are, specifically the 9th commandment, Thou shalt not bear false witness.
If Beck would stop lying about people with whom he disagrees with and could learn how to stop his blatant hypocrisy cited in several posts here, he could actually come to have a much greater influence for the regressive ideals that he holds.
But wait, there’s more, 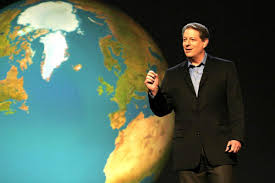 Beck wants desperately to use his influence and manner of speaking to claim that the planet is not warming, to deny global warming. On this same show, he showed a clip of Al Gore in an interview:
REP.Joe Barton (R-TX):  ”The temperature goes up before the CO2 goes up.”
Gore: “Sometimes that — sometimes that has been true in the past. The opposite has also been true in the past.”
Beck: “That’s kind of an inconvenient truth that you should have put in your movie The Inconvenient Truth [sic]. Yeesh. What we have to remember now: This is not about the truth. It’s not about the truth at all. It’s not about saving the planet. It is about redistribution of wealth….”
The problem with Beck’s claims, again pointed out by Media Matters, is how he took Gore’s words out of context.  As follows:
Gore: “Sometimes that has been true in the past. The opposite has also been true in the past. But what’s happening now is that we because of human action are overwhelming all of those cycles.”
It’s very interesting how Beck isolates himself from direct interaction with those of us who call him out on his deceit and hypocrisy.  Go to Beck’s blog, “Stu Blog,” and see how Beck does not even allow for comments from people.
One way to counter his reactionary message is to share this URL. Copy and paste it into e-mails and send it to everyone you know (outside of work). Send it to Conservatives; they need to get this insight into Beck’s dishonesty, political values (he is NOT a conservative) and persuasive, slick salesmanship.
Glenn Beck is not going away. Fight back against the fiery propagandist that is influencing millions of gullible Americans, your parents perhaps.