Should Glenn Beck get fired?

He seems to think so!


On the previous post, The Review noted that near the end of Beck’s show on Fox Beck stated, “If I get out of control and start leveling baseless charges that can’t be backed up, guess what happens? I’m fired. I’m out of a job.“ Once again, Media Matters has done the research to determine if Beck, according to his own logic, should be fired.


Beck called Obama a “racist.” After a week of race-baiting and race-based fear mongering on his television show and radio program, Beckclaimed that President Obama “is, I believe, a racist,” with a “deep-seated hatred for white people,” a statement he subsequently claimed to stand by. [Fox News' Fox & Friends, 7/28/09]
Beck falsely claimed Kagan supports restriction of conservative speech. Beck falsely claimed that Elena Kagan wants to censor right-wing speech. In fact, in the article Beck cited, Kagan specifically stated that the government “may not restrict” speech “because it disagrees with … the ideas espoused by the speaker.” [Glenn Beck, 5/13/10]
Beck falsely claimed survey found that 46 percent of doctors would leave medicine if health care reform passed. Beck falsely claimed that The New England Journal of Medicine (NEJM) said that 46 percent of primary care physicians would consider leaving their profession if the Democrats’ health care reform bill passed. In fact, as Fox News’ Megyn Kelly had noted three hours earlier, the NEJMdid not conduct the “survey” — which was “not a scientific poll.” [Glenn Beck, 3/17/10]
Beck echoed absurd claim that Obama wants to ban fishing.Beck stated on his Fox News program that Obama was attempting to prohibit U.S. citizens from fishing on some of the nation’s oceans, coastal areas, and great lakes “by executive order.” In fact, there is no evidence of any such order, but rather a task force that seeks to “better manage” — not ban — recreational fishing alongside other uses of oceans, coasts, and lakes. [Glenn Beck, 3/10/10]
Beck advanced myth that stimulus bill is not working.Beck advanced the myth that no jobs have been created under the stimulus and baselessly claimed that its “intent to restore the economy … [is] not working either.” In fact, independent analyses of the stimulus, including those conducted by Moody’s Economy.com and the nonpartisan Congressional Budget Office, have estimated that the American Recovery and Reinvestment Act (ARRA) increased employment by as many as 2.4 million jobs by the end of 2009 and added to real GDP growth in the second, third, and fourth quarters of 2009. [Glenn Beck, 2/17/10]
Beck falsely claimed FDR, Sunstein were “pushing” to amend Constitution with “second Bill of Rights.” Beck falsely claimedthat President Franklin Roosevelt, in support of a “second Bill of Rights,” “was pushing for a change to the Constitution.” Beck added that “progressives” such as Office of Information and Regulatory Affairs Director Cass Sunstein have “been pushing for the second Bill of Rights since FDR,” and cited this as evidence that such progressives “know” that health care reform is “unconstitutional.” However, in the interview Beck cited, Sunstein made clear that he shared Roosevelt’s view that he “didn’t want to change the text of the Constitution.” [Glenn Beck, 1/11/10]
Beck baselessly attacked Democratic senators for purported alcohol abuse. On both his Fox News show and his radio show, Beck has repeatedly attacked Democratic senators for their purported alcohol abuse, citing little or no evidence. Specifically, Beck echoed the right wing’s discredited, baseless claim that Max Baucus had been “hammered” on the Senate floor, and claimed that Chris Dodd had decided not to run for re-election because “there are a few bars [he hasn't] hit in Connecticut.”
Beck ignored long-term trend to claim Arctic sea ice is increasing. Purporting to correct comments made by Al Gore about the impact of global warming on the North polar ice cap, Beckfalsely claimed that Arctic ice “has returned.” In fact, 2008 and 2009 were the second and third-lowest years on record for summertime Arctic sea ice, and the National Snow and Ice Data Center (NSIDC) has stated that the data from the past two years are consistent with the long-term negative trend that will result in ice-free summers for the Arctic Ocean. [Glenn Beck,12/15/09]
Beck falsely claimed Holdren supported “force[d] abortions.”Beck falsely claimed that White House science and technology adviser John Holdren proposed “steriliz[ing] the drinking water to stop overpopulation” and “forc[ing] abortions so we don’t have too many kids.” The fact-checking website PolitiFact.com gave Beck’s claims “pants on fire” status, writing that Holdren and his co-authors “make clear that they did not support coercive means of population control.” [Glenn Beck, 11/18/09]
Beck smeared net neutrality as a Marxist plot to take over the Internet. Beck arguedthat the Obama administration’s support for net neutrality amounted to a Marxist takeover of the Internet that would stifle innovation, when in fact net neutrality — which was the law of the land from the creation of the Internet until 2005, and which ensured that Internet Service Providers were not able to control content — has been cited by numerous Internet pioneers as the guiding principle in Internet development and innovation. [Glenn Beck, 10/20/09]
Why does Glenn Beck make such claims? Is it possible that he wants to get fired by his supervisor, Roger Ailes or his boss, RupertMurdoch, or is there something more nefarious at play? 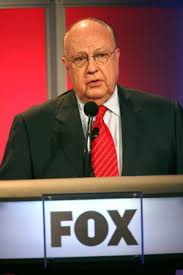 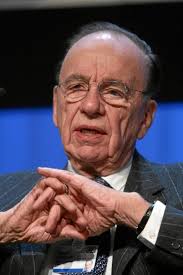 
Beck routinely lies to his audience. Even many of his supporters, who comment on the posts of The Glenn Beck Review, concede this. If he’s aware of his deception, it doesn’t stop him from telling his audience that he’s the one telling the truth. He says this a lot! He has claimed that if he gets something wrong, that he’ll correct it, but he virtually never does.
If he’s not aware of his deception, then he’s not aware of the facts. He’s either ignorant or a disciplined liar.
The Glenn Beck Review discovered 7 examples of hypocrisy on Beck’s part just during the month of May of this year alone. Now Beck is calling his event in Washington, DC on August 28th, Restoring Honor. There is honor that needs to be restored, and it’s with Glenn Beck! Beck, liar, hypocrite and charlatan, has the gall to talk about restoring honor when he seems largely devoid of honor and integrity himself!
The Honorable Thing to Do


If Glenn Beck has a sliver of honor in his conscience, he would realize that the kind of race baiting, lying and baseless accusations he engages in renders him the worse spokesman or “thinker” in the country for the cause of anti-big government, Libertarianism or pro-small government. Apparently, he does not.
Anyone who really cares about what’s happening in this country, whether you’re for increased government regulation or against government involvement in the economy,  should help Glenn Beck step down. Beck clearly believes that he should be fired, so help him. Contact Roger Ailes, the CEO of Fox News and tell him that Glenn Beck thinks that Glenn Beck should be fired for making baseless claims or however you think it should be worded.
From the Fox News website: We want YOUR input! Tell us what you love, tell us what you hate … just don’t keep it to yourself! BUT…you can call us at 1-888-369-4762. Leave a message for Roger that Beck thinks Beck should be fired for “leveling baseless charges that can’t be backed up.”
Contact the parent company, Rupert Murdoch’s News Corporation and tell them that Glenn Beck thinks that Glenn Beck should be fired for making baseless allegations.
News Corporation
1211 Avenue of Americas
New York, New York 10036
Phone: 212-852-7000


This may be a pipe dream, but Glenn Beck is so dishonorable that even Fox News should be disgraced by his type of deceitful and dishonorable yellow propaganda, whether they realize it or not.
If you’re not a defender of basic integrity, then Glenn Beck is your man. Go ahead and e-mail Glenn Beck at glennbeck@foxnews.com, serve@glennbeck.com or me@glennbeck.com Tell him, “Ignore your critics, Glenn; we don’t care what they write about you.“
Some of his supporters are emotionally connected to him. Some ofthem will be in Washington, DC this August “restoring honor.”
Preview of the next Review of his 6/15 Fox show:


Beck “gets” the big picture and “fiction novelists were the only ones who would tell me the truth.” The Glenn Beck Review can’t make this stuff up. Beck is stranger than fiction.

Believing Obama is a racist and stating so is a subjective matter. There is no litmus test for racism that is legally admissible. Further, the true spirit of racism does not require one to hate the target of the racism.

Believing Obama is a racist is absurd nonsense. Objectively he not a racist. He's done nothing exclusively for blacks and he's done nothing against whites. Hate is not an issue here.

Furthermore, you might want to read the entire post before making your ignorant comments next time. This is about baseless claims, and Beck makes a lot of them. He should get fired for that...according to Beck.