An open letter to Anthony Bradley for Glenn Beck


On July 13, 2010, Glenn Beck's guest on his show, which attempted to explain black liberation theology and its influence on President Obama through his former pastor, Rev. Wright, was Christian theologian, Dr. Anthony Bradley. In the post on Beck's views of social justice, Bradley's conservative theory was mentioned as one that Beck could embrace if he weren't at war with the very idea of social justice. After an exchange of e-mails with Dr. Bradley trying to explain how Beck deceives his audience and exhibits blatant hypocrisy, Bradley posited that The Glenn Beck Review is a quality control for Glenn Beck.

The hypocrisy is bad, but he has every right to practice yellow propaganda as [The Review does] to practice media criticism. [Yellow propaganda is] as bad as the yellow journalism that pushed [the United States] into a war for no real reason when it was being utilized...against Spain. [The Review has] also call[ed] Beck a megalomaniac. His rhetoric supports that name, but [it is] open to debate. Just look at his long record of self-


aggrandizement before you take the new relationship with God as an issue to defend. [The blogger is] not a psychologist, but [has] studied under Ron Harre, author of Social Being. [The Review is] not taking an uneducated guess because  megalomania [is detected] in his rhetoric. [This blogger] also studied [Rom Harre's]  Personal Being, so don't think there's a collective bias in his texts. He understands being human with unique and insightful approaches. 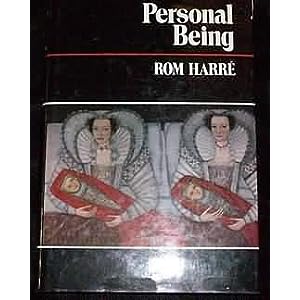 Anthony, if you should choose to serve as the feedback that helps Mr. Beck and our country, [you should] tread lightly. [It sometimes seems like] he wants to become a better person, but [it] would [be wise to] only discuss one topic at a time with Beck. Let him ponder and change his ways or not. [The Review doesn't] [seek] to change his political bias; that notion is absurd! [The Review is] trying to make an honest man out of Glenn Beck before basketball season. [You should] start with the hypocrisy. That should be the easiest for him to stop. He apologized for it on Memorial Day weekend; he just needs to stop violating [the remainder of] his own stated principles.
For the love of God help this "dirt bag" messenger. Beck says that he's passing along God's message, but he's not morally qualified at this stage in his career. He needs salvation, or [The Glenn Beck Review is] going to remain devoted to exposing him as a fraud, Christian and otherwise. You can pass that along to him if you think it'll help make your case. Let him know that [The Review is] just getting started [with] him, but [this blogger would] rather watch [the] Syracuse Orange this winter. Either he stops using deception and practices moral consistency rather than expediency, or [The Glenn Beck Review is] going to ... use him as an avenue to a new career as a writer of politics. Beck doesn't want this either...The last thing Beck should want is to have Victor Tiffany become a career author with an expertise on everything Glenn Beck. If he wants [The Glenn Beck Review] to fad back into the woodwork, he's got to clean up his act, morally. Where did Jesus preach for deception and hypocrisy?
[The Review] has a following, small but quickly growing... Tell him that [The Review is] not asking for the moon or for him to change his political philosophy or faith. Tell him -  as an act of your love for him - that deceit and hypocrisy are not becoming for a Christian.  Convince him of that, and the nation will be in your debt.