Just another one of Beck’s many lies

Is SEIU’s Andy Stern “the most frequent visitor” at the White House?


Although Andy Stern is no longer the president of SEIU, regular viewers of the Glenn Beck Show on Fox have heard Beck claim repeatedly that Stern was “the most frequent visitor” at the White House last year. This has to be a fact because Beck frequently tells his viewers that he tells the truth, but is it? 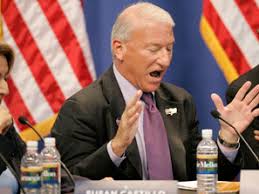 
Despite the evidence laid out in the two posts on The Glenn Beck Review, Does Glenn Beck lie, volumes I & II, which proved without doubt that Glenn Beck and the facts often do not have a passing relationship, comments are still made here arguing that Beck tells the truth. This particular claim by Beck is pretty easy to fact check.


According to the 2009 Pulitzer Prize winning PolitiFact:

We found the source of Beck’s claim. When the White House released its first batch of visitor logs on Oct. 30, 2009, as part of a pledge to bring more transparency to the White House, Stern’s name did indeed appear 22 times, more than anyone else listed, including Clinton, who was listed three times.


Now for the whole story:


Stern led the pack for the first data release, which covered visits from Jan. 20, 2009 to July 31, 2009. But he was surpassed by several other individuals in the second release, which updates the data through Aug. 31, 2009 (and which was made public more than a week before Beck aired his comment).


Among those who visited more frequently than Stern, according to the combination of the two logs, were Lewis (Lee) Sachs, counselor to Treasury Secetary Timothy Geithner, with 92 visits; associate attorney general Tom Perrelli, with 49; Federal Communications Commission chairman Julius Genachowski with 47; Spencer Overton, principal deputy assistant attorney general, with 38; and Health and Human Services office of health reform director Jeanne Lambrew, with 27. (Stern visited twice more during the period covered by the second batch of data, giving him a total of 24 visits.)


How many examples do his supporters need?


On his show for January 25th, 2010 Beck also ignored that Stern has said, “The good news is communism’s dead.” You don’t get that from Glenn Beck; but remember, not everything is as it seems when you watch him.


Also, Beck was named misinformer of the year, 2009 by Media Matters. So how can anyone in a rational state of mind believe that Glenn Beck tells the truth? Maybe a Beckerhead, one of his ardent supporters, can leave a comment and explain.


But Beck does not lie on Founders Fridays, right?


Not exactly. Last Friday Beck was bending over backwards to downplay the role of slavery during the American Revolution. He showed a video shot of the famous painting of General Washington crossing the Delaware River and pointed to the black man near the front of the boat. 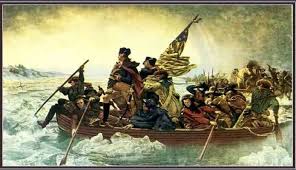 Beck: How about the painting of George Washington crossing the Delaware? A bunch of white guys, right? No. Look here. [Right behind the man with his arm up using a pole to push ice out of the way] African-American helping row the boat across. You know what his name was? Prince Whipple. He fought alongside Washington during the revolution.


One “small” problem with this observation. Prince Whipple was a slave! Whipple’s owner forced him to fight, and hey, what’s a slave to do?


This is sad really. In all fairness to Beck, his Founders Fridays could be an excellent source of detailed and entertaining information about the founding of America and the people who made it happen. Those shows are the least offensive of all of his programming. Unfortunately, Beck has a long record of misleading, lying, quoting out of context and otherwise misinforming his viewers for purposes of propaganda. Can you really trust Beck to inform us about the facts of the Founders?

Post a Comment
All Comments Approved
Free Speech is Practiced Here
———————————————————————–
Get Involved for 10 Minutes
Share this URL
http://sharethisurlaboutglennbeck.com
Thank you
Posted by The Glenn Beck Review at 10:19 AM

you are really funny, I thought you were going to give me some strong arguments to stop me from watching Gleen's show, but come on, the problem its not how Manny times Stern has been in the White House but ratter Why this guy is allow there more than once, of course Gleen Beck said about Stern He is the number 1 visitor to exaggerate, but again you are missing the point.
sandcv2000@hotmail.com

No, you are missing the point. Beck made a false claim. Why shouldn't Stern visit the White House a lot? Who are you to believe that any President should shut out his supporters?

So tell me, what is the point? What is your point in ignoring the long list of false claims by Glenn Beck. You want to believe the misinformer of the year (2009), so you have to dismiss the distortions, right?

Anonymous: what's your problem with this?