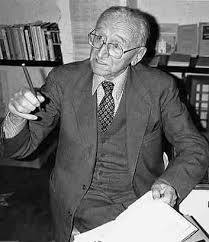 Hayek
On The Glenn Beck Show of 6/8/10, Beck introduced his audience to Friedrich A. Hayek, an Austrian born economist famous for his defense of classical liberalism and free market capitalism. This post will question Beck’s selection of Hayek to defend unbridled capitalism compared with 1) the centralized planning of a socialist economy and 2) the centralized regulating of American, progressive capitalism in the 20th Century.
First, a comment to address Beck’s two-day-running complaint about the cost of the 2010 census. Beck is questioning why this year’s census cost $10 billion more than it did in 2000. Beck fails to mention in this rant that he and others at Fox “News” discouraged viewers from filling out the census form at all or in Beck’s case filling it out incompletely. Why is it costing $10 billion more this year than 10 years ago? The digit Beck needs to use when pointing at who’s partially culpable in this increase in cost to the American tax payers is his thumb! Thanks to Beck and his ilk, more census workers  needed to be hired this year.
Next, to see Beck choose Friedrich Hayek as the voice of reason and free markets after WWII when many were critical of capitalism and looking for alternative ways to organize economic activities differently was surprising considering how often Beck bemoans the influences of European thinkers like Karl Marx–harped on often–and Friedrich Nietzsche, whom Beck mentioned once without further comment, on Americans. 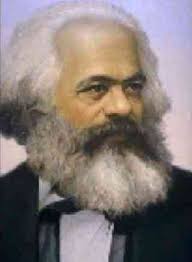 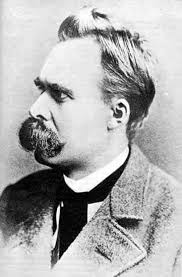 Marx                 Nietzsche
Why did Beck embrace Hayek but not others? Because Beck agrees with Hayek’s “common sense” free market, anti-statist, economic philosophy. Once again, Beck’s principled stands aren’t so principled. It’s also worth noting here that the Framers of the Constitution were influenced by John Lock and Thomas Hobbes. Neither of them were American, but that doesn’t phase Beck when he’s raging against the poison of European thinkers (that he does not agree with).
The book Beck set about to discuss yesterday was Hayek’s The Road to Surfdom. 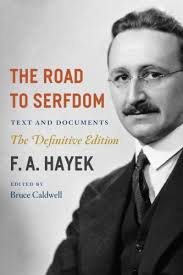 Beck’s guest to discuss this book was Thomas E. Woods Jr of theLudwig Von Mises Institute. Woods was the recipient of 2004 O.P. Alford III Prize for Libertarian Scholarship, so he’s not going to be a mainstream analyst of the economy or Hayek’s book.

The Ludwig Von Mises Institute is described on their website as “the world center of the Austrian School of economics and libertarianpolitical and social theory.” Thus, it wasn’t surprising to hear Woods claim the following:
Woods: Economic cycles are because of regulation…Canada didn’t have a bank that failed [during the Great Depression]. States imposed single office rules on banks that lead to their failure. During the Great Depression 9,000 U.S. banks failed. Zero Canadian banks failed. Government promises stability, and the people go for this.
Once again, facts are cherry picked to make a point. The Canadian banks were very stable, but the rules Woods cited on the U.S. banks were from the states, not the federal government.
This really gets to the crux of Beck’s support, of why Beck has any followers, people willing to turn a blind eye toward his long record of deceit and his dishonorable hypocrisy. Beck claims that the Obama Administration is on the road to socialism, dependency on the state (welfare, unemployment, etc.) and surfdom.

spokesman for corporate America
For Beck there are two extremes, a black and white choice for America. On one hand is the (white) unbridled, unsaddled capitalism of the 19th Century before the “evil” progressives began the taming, bridling and saddling of the wild horse of laissez-faire capitalism promoted by Beck, Woods and Libertarians in general. That wild horse bucked in convulsions about every ten years of boom and busts throwing off riders who consequently are injured by homelessness, hunger and disease. It is a grey system, i.e., environmentally dangerous.
On the other hand there’s the road to socialism or surfdom to use Hayek’s term. Centrally planned, socialist economies are publically owned and become inefficient, uninspiring, protective of workers, providing full employment but otherwise stagnant and grey (environmentally dangerous). There’s no motivation to excel when wealth is not an option. Marx lacked a psychology in his writings and analysis, and thus he didn’t address motivations, ambition, desires, etc.  It’s no wonder then that Communist economies are in the trash can of history for the most past.
Those are the two extremes: Marxist Communism or Hayek’s wild, unbridled horse. However, socialism is not embraced in contemporary America, is not the Democratic or Obama’s agenda and is not the end game of most progressives. Laissez-faire capitalism is not the goal of mainstream Republicans like George Bush or Lindsey Graham. It is the goal of Beck (sometimes), Hayek and Libertarians: Black and white.
Liberals in the Administration of FDR did not create the minimal social safety net out of compassion or some moral imperative. Socialist candidate for President, Norman Thomas was seen as a threat by elites, and he polled 880,000 votes in 1932. FDR co-opted his supporters by adopting some of the socialist policies to prevent an eventual socialist take-over of the government. Norman Thomas
If Libertarians and other reactionaries like Glenn Beck actually manage to reverse 100 years of progressive legislation protecting food, the environment, worker safety, working class people in general, the elderly and the poor from abject poverty, homelessness and starvation that charity cannot suffice to prevent in a country of 308 million people, the likelihood of a democratic socialist election in the U.S. would increase as would another enormous crash of the world economy. It is the minimalist government protection against the excesses of unbridled, unsaddled capitalism that is the road to socialism, not progressive, regulated capitalism.
Luckily, the lion’s share of the American people have no interest in reversing the political progress made over the last 100 years. The American people want some kind of middle course, some shade of grey, some regulation of banks and financial services, environmental protections to prevent future oil spills and minimize the ones that happen anyway, etc. That is good for economic freedom, for the captains of industry, and for the super rich like Glenn Beck.  It’s also good for those Beck would prefer to leave unprotected and forgotten by charitable organizations unable to help all those thrown off the wild horse of laissez-faire capitalism.
The question that needs to be answered is how to pay for the shade of grey, the amount of social protections provided and the massive military reach of world hegemony by the U.S. How do we pay for the guns and the butter?  That will have to wait for another post, but it’s worth mentioning one point that Beck always fails to mention when he speaks of his hero, Ronald Reagan. The national debt tripled during Reagan’s eight year regime. If you want a rounded out and balanced view of history, The Glenn Beck Show is not the place to get it.
Get involved.