Pushes for honesty
Glenn Beck reminds his viewers often, and his true believers, foremost the 9-12ers, obviously believe him. "This is about the truth," Glenn Beck repeats time and again; but is it? Some critics claim that Mr. Beck doesn't lie; he's just ignorant of the facts. Without a doubt Beck addresses many subjects from a position of ideology or wishful thinking and not from a position of training, education or special knowledge. He's not ignorant about everything he discusses, but many of his models of reality make absolutely no sense. It's one thing to reject a liberal bias in knowledge and truth; it's quite another to discard that much of the canon of Western political theory for the sake of some personal innovation. For more on Beck's ignorance about what upholds the American Constitution, see "Beck: thinker, pundit or charlatan?"

On his Fox show the day after Beck had defended Shirley Sherrod on the 20th, he noted how they [the media, bloggers, the NAACP, the White House] turned against her and then claimed "they were talking about how I damaged this woman and I hurt her career. I'm sorry. I think the only time I talked about her, I supported her. That's weird." This video is available on Media Matters of America. 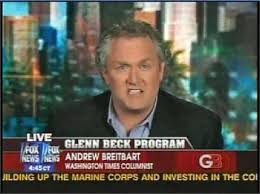 political ally
Beck had defended her only after he somehow came to understand that there was a bigger context involved with the recording Beck's ally, Andrew Breitbart, had released on his blog, lies about BigGovernment.com. It's possible that  Beck watched CNN that afternoon, because in the morning, he was not supporting her. On the contrary, on his morning program on Premier Radio Networks, he said that they "have a video of tape of a USDA administration official discriminating against white farmers." He asked, "Have we suddenly transported into 1956 except it's the other way around? ... Does anybody else have a sense that there are some that just want revenge? Doesn't it feel that way?" After playing the audio of the tape, he added, "You tell me what part of the gospel is teaching that." 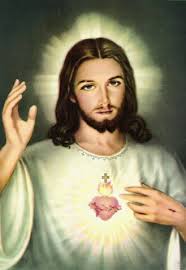 What matters?
No, Mr. Beck: you need to tell the world what part of the gospel teaches you to tell lies. Beck is exhorting his followers to be honest with the days to his Restoring Honor rally counting down, but he can't depart from his true and tried method to say whatever he thinks he can get away with because his supporters don't bother fact checking his claims - even though he has recently have told them too!

This isn't ignorance; this isn't getting the facts wrong. He spoke the words himself less than 32 hours earlier! This is a bald-faced lie! If this is forgetfulness that requires less than 48 hours to occur, then he really is not qualified to do anything but lie and lie about lying because he can't remember what he said the day before. Beck is either a bald-faced liar and a hypocrite, or he is not qualified, memory wise, to have a major network television show.

Coming soon is an open letter to Glenn Beck: restoring honor must start with the him. There's no sign yet.

Posted by The Glenn Beck Review at 8:15 PM

I would probably find your editorial more credible if you took a moment to check for typos and grammar mistakes. There are a couple of mistakes and if you rushed through to publish and missed those mistakes the one might assume you have rushed to judgement. While I am skeptical of Mr. Beck's agenda and veracity, I also feel that to condemn one as strongly as you have then your argument and your grammar should be clean and tidy

Have you noticed that you only have 10 followers? Really?

You have 10 followers. Amazing! Super job! Maybe this should tell you something?

Good points. Bad grammar. The number of followers has no bearing on the logic of the argument.

Adam, if the grammar is bad in this post, it is due to no longer having a proof reader. There were many more subscribers before WordPress decided to accuse me of TOS violations for inviting other bloggers to read my post on Soros. I'm starting over again here, and have no idea how many hits this blogs gets or how many subscribers there are.

Thanks for your feedback.