Beck admits he knows “least” about James Madison
of all the Founders…
but that didn’t stop him from bringing on a novelist to misinform his audience about Madison’s thinking on the separation between church and state. His lack of knowledge, instead, allowed Beck to use Madison’s historic breakthrough in thinking about factions, what we now call interest groups, to distort an understanding of current events. The misinformation about the separation of church and state is a topic of another post, but what neither Beck or his guests even mentioned was the theoretical breakthrough credited to James Madison. That’s most likely because it doesn’t fit into Beck’s narrative against the state. Beck had a chance to really teach the history of what our pluralistic nation is built on and thrives upon, but instead he and his better educated guest mislead his viewers on the alternative Madison considered, the loss of liberty.
The cure worse than the disease 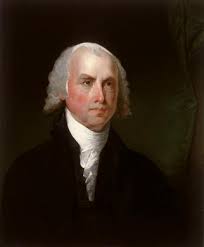 President Madison wrote the Federalist Paper #10 in which he wrestled with the problem of factions – the term for todays interest groups and political parties. In history, republics had been destroyed by the struggle for power among factions. Madison, the Father of the Constitution, analyzed that one solution to the problem of factions was to outlaw,  to curb or to destroy them. Madison understood that cure, i.e., the loss of liberty, to be worse than the disease itself. Liberty, what we refer to today as “freedom,” was to be the objective of the new federal system of government. So what to do about factions.
Neither Beck nor his guest bothered telling his audience the brilliant breakthrough in political reasoning that Madison developed. Beck is not really interested in history;  propaganda is his agenda. He has been using Founders Fridays to propagandize against President Obama and progressives. Referring to the Federalist Papers, Beck said, “It was all there, we just ignore it.” Indeed, he did!
Beck’s Guests:
James D. Best

Best is a businessman with a B.A. in Economics and an Executive MBA from UCLA. Tempest at Dawn is a novel based upon theConstitutional Convention. Colleen Sheehan a Professor of Political Science at Villanova University and obtained her Phd. in Political Philosophy & American Government from Claremont.


Beck railed against the 17th Amendment which changed how U.S. Senators are selected. Senators used to be elected by representatives in state governments, configured thus to keep a balance between federal and state authority. The 17th Amendment, adopted in 1913, mandated direct election of Senators by the people. That it was supported by President Wilson made it suspect for Beck who considers President Wilson “evil.” 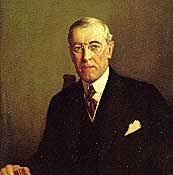 
Beck noted that “senators get large campaign contributions from outside their states” and that comprehensive health care reform “would not be considered now” if not for the 17th Amendment because it was “not in the interest of your state.”
Fact is that there were many problems with the selection process.Some states were holding up selecting Senators leaving them without representation in the Senate. The move for direct, popular election of U.S. Senators began long before Wilson was President.
Cosmopolitan, at the time a general interest magazine owned by William Randolph Hearst, ran a series of scathing articles entitled “The Treason of the Senate” in 1906. That wasn’t mentioned by Beck; historical context only muddies his anti-progressive propaganda. Still, we now know that Beck is opposed to direct popular election of U.S. Senators, historical background be damned.
Cherry Picking Federalist Paper #10


When the discussion turned to Federalist Paper #10, Beck claimed that we’re “losing certain liberties” without mentioning any liberty in particular. Professor Sheehan chimed in that there is a movement from the ground up and asked, “Is diminishing liberties of the people going on today?” [sic]


The Review has contacted Professor Sheehan to ask what liberties specifically are diminishing today. Sheehan did not reply.


There is no doubt that the tea party movement is a faction within the United States. Has the Obama Administration ordered the FBI to infiltrate the Tea Party? Has there been any efforts to curb Tea Party activities? The answers to these questions may be yes, but that’s not apparent to The Review.
From whence doth the restraints on Liberty derive?


Beck has been pointing out on a regular basis how Wilson and FDR curbed civil liberties during WWI and WWII respectively. This, he claims, was because they were progressives who were out to destroy liberty in the United States. In reality, civil liberties were curbed by Republicans as well as Democrats. President Lincoln shut down newspapers in the north that were writing pro-succession editorials during the Civil War. President Nixon used the FBI to infiltrate civil rights and anti-war groups during the Vietnam War. President George Bush has threatened civil liberties to pursue terrorists, and President Obama has not reversed those threats to our liberties as he continues pursuing the War on Terror. The last of these examples is well documented in the video and book by Naomi Wolf.

Agree or disagree about the efficacy or legality of curbing civil liberties in the name of national security, it’s clear that the process is a bipartisan resort to fight America’s enemies. It’s just not a Progressive phenomenon as Beck would have his viewers believe; the curbing of American’s liberties is directly related historically to it’s war making activities. The imposition on liberty that is related to social security is basically a matter of tax policy. Income tax was first imposed on Americans to raise the money needed to fight The Civil War.
What was Madison’s brilliant breakthrough?


No one in Beck’s studio audience or at home was told what the answer to the problem of factions was for Madison. The solution to the struggle for power by interest groups (factions) is more interest groups. The more factions that gathered in a free society, Madison reasoned, the more they would just cancel each other out. This is the theoretical background for America’s stability as a freedom promoting, functional government and American pluralism, but you wouldn’t know that by watching Glenn Beck’s Founder’s Friday focus on Madison.
The tea party movement is a reaction to the success of legislative progress on health care insurance reforms and the Obama Administration generally. They seek to counter balance the factions that came together in 2008 to elect the candidate of their choice. They are free to do so, and nobody is stopping them. Sheehan’s comment to the contrary was baseless and absurd. Beck sure knows how to pick his guests!
“Liberty disdains to persecute.”

1. to pursue with harassing or oppressive treatment, esp. because of religion, race or beliefs; harass persistently.

2. to annoy or trouble persistently.

Perhaps anyone supportive of Beck’s persecution of the Obama Administration can explain how Madison’s observation makes Beck a freedom lover.  It’s one thing to engage in loyal opposition, but persecution is another matter.
Anyone?