There is a new website called Tea Party Jesus, THE WORDS OF CHRISTIANS IN THE MOUTH OF CHRIST.On it is the following graphic showing Jesus speaking the words of the "God-centered Christian," Glenn Beck. Other right wing, self identified "Christians" are also depicted there in a similar manner. Has Beck ever apologized for this?  No; he's too busy planning his next money making scheme, Bek Yuunaverscity. This snide observation is not based upon just one or two statements made by this gifted, if ignorant, anti-progressive propagandist; it's based upon what has been studied directly and what has been reported in the media including the following.


At About.com: political, a selection of quotes are compiled on their Glenn Beck Insane-o-Matic Quote Generator. Because bloggers are allowed a fair sample of a reference, the following is the first example among dozens of other quotations deemed by the site as more or less as "insane:" 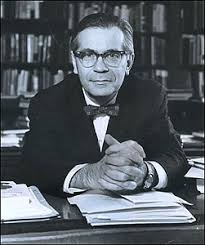 Hofstadter
Like Beck, Walsh documented his anti-Communist claims with research. Welch declared President Eisenhower  “a dedicated, conscious agent of the Communist conspiracy”–a conclusion, he claimed that  was, “based on an accumulation of detailed evidence so extensive and so palpable that it seems to put this conviction beyond any reasonable doubt.” Sound familiar?


The paranoid style does not claim any mental disorder in a clinical sense; it is, according to Hofstadter, "neither the competence nor the desire to classify any figures of the past or present as certifiable lunatics...It is the use of paranoid modes of expression by more or less normal people that makes the phenomenon significant." Hofstadter added that this, "[s]tyle has more to do with the way in which ideas are believed than with the truth or falsity of their content."
In the section of his essay subtitled "Renegades and Pedants," Hofstadter pointed out:


The higher paranoid scholarship is nothing if not coherent–in fact the paranoid mind is far more coherent than the real world. It is nothing if not scholarly in technique. McCarthy’s 96-page pamphlet, McCarthyism, contains no less than 313 footnote references, and Mr. Welch’s incredible assault on Eisenhower, The Politician, has one hundred pages of bibliography and notes. The entire right-wing movement of our time is a parade of experts, study groups, monographs, footnotes, and bibliographies. Sometimes the right-wing striving for scholarly depth and an inclusive world view has startling consequences: Mr. Welch, for example, has charged that the popularity of Arnold Toynbee’s historical work is the consequence of a plot on the part of Fabians, “Labour party bosses in England,” and various members of the Anglo-American “liberal establishment” to overshadow the much more truthful and illuminating work of Oswald Spengler.

For those who watch The Glenn Beck Show on Fox, this analysis will seem prescient; but in fact Beck is standing in a long line of propagandists who have used the paranoid style to convey how dangerous the "others within" are. For Welch, the "others" were President Eisenhower and "radicals" in his Administration. For Beck the "other," the enemies within, are President Obama and the "radicals and revolutionaries" in the current Administration. A maxim heard from Professor Ross 27 years ago comes to mind: "The more things change, the more things remain the same; and the more things remain the same, the more things change."
Hofstadter concluded his essay in the section entitled "The Double Sufferer,"

We are all sufferers from history, but the paranoid is a double sufferer, since he is afflicted not only by the real world, with the rest of us, but by his fantasies as well.

What has changed in the 46 years since Hofstadter published his analysis is the media by which the paranoid style is used. Fox offers Beck a platform to convey his fantasies to millions of folks who then suffer from both the travails of actual history and the made up, some would call, "insane rantings" of Beck. Many of them dutifully pass Beck's paranoid fantasies along on the Internet without so much as a hint of fact-checking. What is astonishing is how other "reputable" scholars like Professor Schweikart contribute to the fabricated history that is Beck's holy war on Progressivism and the President. See "Beck's guest, Larry Schweikart, makes bizarre claim."

Posted by The Glenn Beck Review at 4:27 AM

This was really good as always. I clicked on that Jesus site and it was quite eye opening in general. Thanks for another great bit of info about Beck!