Founders Friday, but first a message of propaganda

Beck’s Guest, Burton Fulsom,  another far right Libertarian,
helps Beck rewrite history
Glenn Beck has designated his  program on Fox News on Fridays:Founders Friday. On 5/21, that focus on our founding fathers had to wait for Beck to, once again, discuss how progressives are so terribly bad for the United States.
Beck began, “Tonight, we want to do some revisionist history.” First Beck pointed out that one of his researchers, who was reading one ofJoseph Goebbels’ (Hitler’s Reich Minister of Public Enlightenment and Propaganda) diaries, showed Beck that Goebbels was influenced by the Woodrow Wilson Administration’s use of propaganda.  No text, no chapter, no specifics were cited; but trust Glenn Beck to tell his audience the facts. It was clear though: propaganda is bad!
Later on in this segment of “Founders Friday,” Beck discussed at length the Administration of FDR. To assist in this topic he brought in regular guest of his, Burton W. Fulsom, libertarian professor of history at Hillsdale College, to hawk his book, New Deal or Raw Deal?
After summarizing the Roaring 20′s as a huge economic boon when Scotch Tape and zippers were produced for the first time, Beck and Fulsom failed to mention that it was under the policies of low taxation that the Stock Market Crashed and the Great Depression began.
FDR, we were told, did everything wrong for the economy including his deficit spending for programs designed to get people working when private industry was in a slump. Beck told his viewers that when the President, who brought the country back from the depression and though a war to near victory in WW II, died, Americans reacted to FDR’s death in office with relief: “I’m glad he’s dead.”
Beck: Roosevelt…Am I wrong by saying there was a good portion of people that thought, “Holy cow, I’m glad he’s dead. He was turning into a dictator.”
Folsum: Well, there were a lot of people who thought that. As you pointed out, we immediately had a constitutional amendment to prevent any other president from serving longer that two terms…It had not worked well with four terms under Franklin Roosevelt.”
That, indeed, is revising history.  Now for the facts: Upon his passing FDR’s approval rating was at 70%. He was overwhelmingly elected four times; never with less than 432 electoral votes.  In 1938, his approval ratings never dropped below 48%. 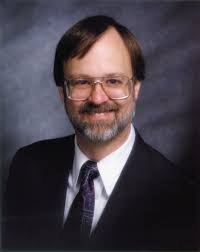 The Review contacted Folsum to ask a question:
“You [agreed] that many people were glad…when FDR passed away. Could you not also say that many people, racist all across the country, were happy that Lincoln was assassinated? Could you not also add that many people, organized crime figures and members of the John Birch Society, etc, were glad when JFK was assassinated? When you said many, you did not mean most, right?”
Fulsom: You make a useful point–in the death of any famous person, some people will be happy about it.
The Review does not recall anyone “happy” about Michael Jackson’s death last year. The Review could  pull a Beck and stop here and quote Fulsom out of context. Beck does this a lot to mislead his audience. However, he continued:
Fulsom: The larger point on FDR I was trying to make was that FDR’s death produced action by those who did not like him. They worked to pass a constitutional amendment for term limits for the president.
The Review asked a follow up question:
“How would you characterize Beck’s framing of progressivism? Is it safe to call it propaganda?”
Fulsom: I think Beck is on target on progressivism.
The Review asked that same question again since it’s clear that Fulsom was dodging the question, but got no response. The next step was to query Fulsom’s colleagues at Hillsdale College to determine if any of them understand Beck and Fulsom to be engaging in propaganda. Gary Wolfram, William Simon Professor of Economics and Public Policy is the only one of dozens who replied:

Wolfram apparently doesn't watch The Glenn Beck Show much. At any rate, if this is the kind of uninformed opinion offered by the professors there, Hillsdale College is not a place to send a child for education.
Folsom dodging that question is no surprise since Beck was critically pointing at the Wilson Administration as propagandists on the very same show, on the very same segment, that Beck commenced with his propaganda. This is called hypocrisy!
For regular readers of The Glenn Beck Review, this is nothing new. So far, for the month of May, six examples cited of Beck’s subtle or blatant hypocrisy have been cited on the topics of:
Moral and righteous people support Glenn Beck – why?
Another question begging to be asked is why did Beck take 10 minutes out of Founders Friday to propagandize against what he calls a “cancer,” i.e., civil rights, environmental and consumer protections, financial regulations, etc. It was two weeks ago that Beck proudly announced how high the ratings of his Founders Friday were. Hmmmm….
Don’t believe that Beck is a stupid man. He’s not very bright either, but he’s clever in many ways. Beck was using his larger than usual audience, assembled or tuned in for a lesson on our Founding Fathers, to propagandize against progressivism, rewriting history along the way with the assist of Professor Fulsom, a regressive libertarian. (For an graphic depiction that shows how the Libertarians are far out of the mainstream in America, see the previous post about Rand Paul.)
A face you can count on

…to deceive and practice what he preaches against!
The remainder of that episode was also loaded with deception and misunderstanding of the Washington Monument. For more on this see “Glenn Beck’s Conspiracy of the Day: Revisionist History at the Washington Monument” produced at News Hounds.
Anyone, who does not notice Beck’s lies or his hypocrisy, is encouraged to read the post, A Must See 3-in-1 Video Clip: Classic Beck!


Update, 2/12/11: The video clip in the 3 in 1 video now links to a log in on Beck's Insider Extreme. Apparently, one has to pay to see Beck exhibit deceit, hypocrisy and stupidity simultaneously.