The Glenn Beck Show on Fox yesterday, July 9th, was entitled "Restoring History." Beck's guests were two history professors including Larry Schweikart from Dayton University, author of several books including Seven Events That Made America America. The first statement made by Schweikart was a bizarre claim: 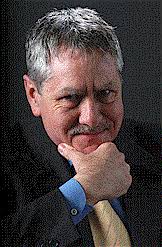 dishonest or mistaken?
Once again, Professor Ross' Lesson 8 (see What is the truth about Glenn Beck) kicked in:  "...I think we can tell errors where we cannot tell what is true (too complex, too subtle, too controversial)."
If Professor Schweikart had made that claim about the definition of historical revisionism, he would have been on quicksand. To claim that historicism is somehow about changing history to help rationalize policy proposals in the present has no basis whatsoever in history or philosophy on this planet. This was determined after extensive research of historicism. From Your Dictionary.com: his·tori·cism (his tôr′i siz′əm)
noun
There is no understanding available that renders historicism as a reshaping of history for the purpose of justifying policies in the present. Just the opposite is the case; a deep understanding of history is sought to better understand our world, culture, society, era or individuals.
For readers with a philosophical bent interested in a deep understanding of historicism as it's understood and defended today, see "Defining Historicism" by Claes Ryn, professor of politics and ethics, constitutionalism and democracy at Catholic University of America. In this essay, Ryn  acknowledges the work of Professor Roberts' review of historicism and the more radical post-modernism and then writes:
First, it's clear that even someone like Roberts writing for a radical historicism understands that there can be "conservative implications" in the very essence of historicism. Furthermore, change the word "conservative" in Robert's argument with "progressive," and this is exactly what Professor Schweibart is engaged in along with Beck: propaganda! To paraphrase Roberts: Insofar as the range of historical answers is restricted a priori, precluding those that seem progressive in implication, the enterprise slides from historical inquiry to propaganda.

I swear, we think so much alike that you should be frightened! LOL. I was just thinking the other day about how Beck avoids Jefferson totally. He used to go on and on about Paine as well and has stopped that suddenly. I think he finally read the Age of Reason and realized that he was not a religious nut like Beck. As for Jefferson, I don't know about you but, if I were to play word association and someone said, "founding father," the FIRST person who would come to my mind WOULD be Jefferson. Keep up the terrific work here. Bravo as always!