who’s the weasel?
On his Fox News show on 5/11/2010, Beck addressed what the “weasels,” the word he used to refer to the Administration, were doing to “[Obama's] stated principles.” The focus here is what Beck claimed was Obama’s principle regarding war. “No war” is what Beck claimed Obama ran for President on. 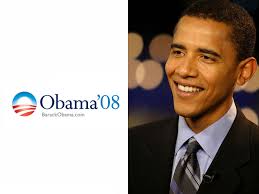 No war?
Beck argued that the resulting policy put in place was to replace the War on Terrorism with the “overseas contingency plan.”  ”It’s a plan, not a war,” Beck argued; but is that really what Obama ran on? If not, then who is the real weasel in this episode of The Glenn Beck Show?
Obama ran with a nuanced platform with respect to war.  He wanted to wind down the war of choice in Iraq, which he’s doing; and he campaigned on the idea that he was going to escalate the war in Afghanistan which he is also doing. Changing the “War on Terror” to overseas contingency plan broadened the approach to this conflict to include police work as well as military operations, contingent upon the situation in a given country.
Obama never ran on a “No War” principle that Beck claimed. The President addressed the war on terror in his Inaugural Speech and referred to war 17 times in his Nobel Peace Prize acceptance speech. From his Inaugural Speech:
“And for those who seek to advance their aims by inducing terror and slaughtering innocents, we say to you now that, “Our spirit is stronger and cannot be broken. You cannot outlast us, and we will defeat you.”
Who’s the weasel here? Is it Obama for following through on his campaign promises w/r/t Iraq and Afghanistan or Beck for completely misrepresenting what the Obama’s principles (campaign promises) in fact were? Beck must believe that his viewers are a bunch of memory-free imbeciles to believe that he can rewrite recent history and get away with it.  Please, make a comment below.
Beck’s War on Solicitor General, Elena Kagan

Judge Kagan?
She will be soon.


Beck then turns his attention to the Supreme Court nominee, Elena Kagan. He plays a video clip of her confirmation hearing to become Solicitor General, specifically a question being asked of her by Senator Lindsey Graham.
Graham: “When you talk about the physical battlefield, if our intelligence agency should capture someone in the Philippines that is suspected of financing Al Qaeda world-wide, would you consider that person part of the battlefield even though we’re in the Philipines, if they were involved in Al Qaeda activity?  Holder said, the Attorney General, said “Yes I would.” Do you agree with that”
Kagan: “I do.”
Beck then went on, “In her testimony, she’s talking about if someone is suspected, suspected of financing terror.  We’re talking about the definition of the battlefield. Now the battlefield is moved someplace else. It’s moved over here to the Philipines…well what about Nebraska?…Suspected of financing Al Qaeda.  That means you can be declared an enemy combatant and treated the same as Khalid Sheik Mohammed….”
He continued, “We now have, you can hold a suspect without trial.  A suspect. If we suspect someone, you can hold him without trial. OK, great.”
One has to wonder, given Beck’s propensity to disagree with the Obama Administration over anything and everything, if he would have railed against their softness on terrorism if Kagan had replied to Graham, “No, we need to distinguish between armed enemies on the battlefield and criminals supporting those enemies.”  Naturally,  that the little snippet of video Beck play for his viewers and his quick comment is not the end of the discussion even if it was for Beck on his show.
The Whole Story
On Rachel Maddow on MSNBC that same evening, she had two guests. Glenn Greenwald, a constitutional lawyer and columnist for Salon.com, made a similar argument against Kagan that Beck made about enemy combatants derived from Kagan’s answer to that question from Senator Graham.
Maddow’s other guest was Harvard Law School Professor Lawrence Lessig. The exchange then went as follows:
Maddow: “One specific criticism of Mrs. Kagan that I just discussed with Glenn concerns her discussion with Senator Lindsey Graham….She essentially agreed with him about the government’s power to indefinitely detain people without trial no matter where in the world they were arrested…Do you feel like that’s been misinterpreted?”
Lessig: “I do, and I believe...this is a little snippet that has been taken out of context…When I heard it I understood her to be telling us what she expect the Supreme Court’s view of the law was. And it would be radically inconsistent with everything she had said before…This is another area where Glenn just flatly misstated the case. In the piece on “Democracy Now” on April 13th, she…talked about the power of the President to indefinitely detain anyone around the world. Now that article was written before George Bush, before 9-11 and before George Bush articulated anything about this power.  It has nothing to do with the power of the President to detain anybody. The power of the unitary executive that George Bush articulated, his kind of über power of the executive.  It is not even hinted at in Elena’s article…What she said before Lindsay Graham…was a characterization of her understanding of the law.  She was not, as Solicitor General telling the world how she wants to change the law. That’s not her job. Her job is to show she can advance the interest of the government as the government sees it, both the President and the Congress,…” [Emphasis added]
If you’re familiar with previous posts here at The Glenn Beck Review, you well know that Beck quoting people out of context, for the purpose of creating deception as to the actual message of the person being quoted is not his worst act of deceit. That he did this to portray Elena Kagan in a bad, unconstitutional light,  means that Beck is trying to mislead his audience again, scare them into active opposition of this nominee and reinforce the assertion put forth that this Administration is violating its own stated principle. In fact, it’s Beck who misstated the President’s principles.
Beck referred to the President as a weasel, but who really is the weasel when Beck misrepresents, misinforms (in this case by taking words out of context) and flat-out lies about so much on a regular and consistent basis?
Attention Beck Followers
Even other conservative talk radio hosts cannot stand Beck!  If you are a conservative reading this, just listen to the first video in this blog: http://raymondpronk.wordpress.com/2010/05/11/alex-jones-on-glenn-beck-you-have-been-warned-videos/ featuring Alex Jones.
If you’re a follower of Beck and don’t believe this, just click on some of the apropos posts listed below. It appears that you are being scammed.