Does Glenn Beck lie? (Volume I)

The Beginning of The Glenn Beck Review
(first post on former blog)
This was the maiden post on a blog that is aiming to address both Glenn Beck’s lies, which are numerous, his political values or orientation  and his manner of talking, his style of presentation.  As greater functionality of this site is learned, A Review of  Glenn Beck’s TV show on Fox will become more video and audio oriented.  This is just the beginning. 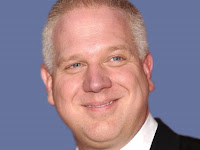 liar or bumbling ignoramus?
The Internet is crowded with supporters of Beck, but little is available that confronts his nostalgic values, manipulation of his viewers and frequent use of deception and flat out lies on a systematic and regular basis.
On 4/30 Beck launched Founder’s Friday, where he hopes to convey early American history through the framework of his reactionary perspective.  This show focussed on Sam Adams, the insurrectionist, that the British targeted for capture.
NOTE: The American Revolution was not a revolution in a technical sense, it was an insurrection.  Our forefathers fought for independence from the British Empire, from British rule and against taxation without representation in British policy making.
The words of Samuel Adams:

“How strangely will the Tools of a Tyrant pervert the plain Meaning of Words!”
”It does not require a majority to prevail, but rather an irate, tireless minority keen to set brush fires in people’s minds.”
“It is a very great mistake to imagine that the object of loyalty is the authority and interest of one individual man, however dignified by the applause or enriched by the success of popular actions.”
The deceptions of Glenn Beck:
Beck begins his show by arguing (again) that around the time of Presidents Teddy Roosevelt and Wilson, the Progressives began to systematically “undermine” three areas of American life: 1) faith and religion, 2) the Constitution and 3) the Founding Fathers.  He claimed, “We’ve perverted them.”
He asked his audience when they have heard about unconstitutional actions “outside of the last year.”  How about for the eight years that the Bush Administration systematically assaulted our Constitution?  For more details on this, rent the video or read the book The End of America by Naomi Wolf. His question belies his supposed neutrality and claims that Bush was “progressive” and that he was critical of the Bush regime as he is of the Obama regime. NOTE: All Administrations are “regimes.”  A system of management of government is a regime.
How have we perverted the Founding Fathers?  We studied them in American history classes in high school.  That some–not all–were slave owners was pointed out, but the implicit racism of enslaving people of one race was NOT elucidated at the time.  Unless history books have changed their tone in the last 40 years, we still honor and respect the men who liberated our nation from British rule.  If they take up less time and space in the study of American history then they did 100 years ago, that’s because there’s more American history to cover!  Beck cannot take this into consideration because it does not suit his propaganda, his anti-government agenda.
Beck made no effort to prove his point that the Founding Fathers are being undermined.  He could have researched to see if Sam Adams was studied in the textbooks of 1900, but he did not.  It’s worth researching for any honest, aspiring historian reading this.
Faith and religion have been undermined more by science and warfare than they have been by any progressive.  Science and fact based history cause people to examine their beliefs in light of new information we have about the Cosmos.  People realize that what the authors of the Bible understood about our place in a universe differed radically from a contemporary understanding.
In addition, we know that the Bible was written a full 50 years after the life of Jesus.  We know that there are many similarities between the life of Jesus Christ and then popular Greek myths.   For greater elaboration on this, see the documentary, The God Who Wasn’t There.

The idea that war has helped undermine religion comes from the idea that working women, who entered the work force during WWI and in even greater numbers during WWII, have less time to make attending church and other prayer meetings–even at home–a priority.  Mr Beck can use this idea to argue against  oversea wars…if he continues his re-alignment as a genuine, Ron Paul Libertarian and away from the neo-Conservative he has sounded most like.
You can argue that Woodrow Wilson and Franklin Roosevelt were the Presidents that got us into those wars, but they didn’t undermine faith and religion.  The war efforts themselves undermined religion by driving women into the work place.
Recently Beck has been embracing nonviolence, but in this episode he once again compared what the Forefathers were facing (a violent struggle for Independence) with what the political right is facing today and implicitly juxtaposed both with violence.  He could have spelled out the distinction between the violent fight for independence and today’s civil struggle of the anti-government right for less government response to issues, but of course he did not.
Furthermore, Glenn Beck will not use that kind of language (government response to issues) when he addresses the Federal Government, because he doesn’t even recognize  problems as anything that are real (he’s a climate change denialist for example) or worthy of response by the Federal Government
NOTE: For more on denialism, read Denialism by Micheal Specter.

Beck pointed out that, “faith in God motivated Adams to believe that liberty would prevail.”  That may well be the case, but many German grunts felt that their faith in God would lead to Germany’s victory in WWI and II.  Faith in Allah leads Islamic terrorists to believe that their cause will prevail and motivates their suicide attacks!
We can all be glad that something motivated Adams to carry on the struggle; but, whether it was his faith in God or his faith in liberty or his faith in both, history demonstrates that God can motivate people to do some very dangerous and evil things as well as some very good and life-enhancing things.  In and of itself, being motivated by God doesn’t convey much at all.
Beck’s exploitation of God in his narrative and his push to get Americans to re-embrace old-time religion by the force of the state if need be should give freedom loving people pause when we hear what the con man is selling his followers (reversal of all progressive Federal legislation).
There will be more to come on Beck as time permits, but let me point out one blatant lie Beck has told twice and never corrected: on two different shows this year (before this blog began) he claimed that SEIU deemed him the “fear-monger-in-chief.”  Do you remember that claim?  Now Google “fear-monger-in-chief” and see what comes up.  It’s not SEIU; it’s the Anti-Defamation League (ADL).  It’s clear that Beck is well aware of their scrutiny of his words because he teased the organization’s staff about it recently.
Did Beck ever rectify this lie?  No, but he’s constantly claiming that he tells the truth!

Why would the Anti-Defamation League scrutinize Beck?  Simple, Beck defames those he disagrees with.   As the ADL put it, Beck seamlessly blends “the main stream with the extreme” to waive a web of information, misinformation and a viewpoint that does not border on paranoia; it crosses well over into paranoia of misunderstood theories and imagined conspiracies.
Finally, it must be stressed that this blog author not opposed to Beck’s freedom to express his nonsense, his bad speech.   Now that he’s somewhat embraced nonviolence, I don’t think that he’s inciting sedition as I once strongly believed.  Until recently, he was violating the laws of free speech.
This blog was inspired by Christopher Hayes, Washington editor of “The Nation” magazine when he expressed the view of John Stewart Mill who said that the antidote to bad speech was more speech. John Stewart Mill
There will be more exposure of Beck’s lies, extremist values and viewpoints and manner of speaking in the days, months and–time and health permitting–years to come.
REGRETTABLE IRONY: Beck’s persistence and success with  his viewers will lead to the persistence and success of this Review of Glenn Beck’s Show. That is the ironic condition of this blog.  This Review will fade into irrelevance when Beck fades into irrelevance.  I look forward to that time which cannot arrive soon enough.  High readership and comments are successes I would rather not have to spend the time gathering.  As Beck himself has claimed, I do not want to make this effort.

Cool, I'm glad I get to see this from the very first post.

BTW, Mr. Beck....
You should really quit claiming to be a rodeo clown. It's insulting to the brave souls who actually do that job.

Now, kindly explain how, precisely, Beck was "lying" as you claim when he stated that SEIU referred to him as "fearmonger-in-chief".

Also, kindly point me toward the post where you accused Beck of supposedly lying about his TV ratings...Strangely enough that post seems to have gone missing.

It was thoroughly debunked here prior to its' disappearance:

Aye Chihuahua, a sock puppet name if I ever read one; try reading what I wrote more carefully. The ADL "deemed" Beck the fear-monger-in-chief. Lots of organizations and individuals have picked up on that and repeated the charge.

For what it's worth, I disagree with that. Dick Cheney is the fear-monger-in-chief in my view. I believe that Beck is the misinformer of the year.

If you want to comment here, Ms. Comment Lady, try using a real name. Other readers should be aware that Aye Chihuahua comes from the Flopping Aces blog of ardent Beck defenders. See http://www.floppingaces.net/2010/05/13/glenn-beck-all-the-presidents-men/ for more details about this sock puppet and her band of merry mini-minded minions.

So you agree that Beck was not lying? I'm confused. I from reading your blog already know that you are...

Nice try Brad. What am I lying about? Making baseless accusations is very Beckian of you. You learn well grass hopper.