Bill O’Reilly: Beck is a “pinhead”

Beck On the World Cup
1 ) On June 11th, Beck told Bill on the O’Reilly Factor, ”I hate [soccer] so much, probably because the rest of the world likes it so much.” Below is Beck blowing an imaginary vuvuzela.

“I’m an American!” Beck yelled at Bill O’Reilly, who seemed to be OK with the sport and openly admitted he was supporting the team from Cote d’Ivoire. “We don’t try to shove football down your throat,” Beck continued, so “don’t try to shove this crap down our throat.” O’Reilly wasn’t quite convinced that Beck’s disdain for soccer was justified, calling it a “healthy sport” and suggesting that the only thing he could imagine that would make soccer so evil to Beck was that “it was Woodrow Wilson’s favorite sport.” At some point, O’Reilly just declared Beck a “pinhead,” at which Beck responded, “talk to the hand.” The Review is not sure if this says more about Beck or O’Reilly. How many native-born Americans are supporting non-American teams? Beck considers O’Reilly a friend. OOOooK.
Beck On the President’s Oval Office Speech
2) Glenn Beck criticized President Obama’s June 15 Oval Office address by falsely claiming that Obama has not prioritized stopping the Gulf of Mexico oil leak and is instead focused on energy reform. Beck’s claim repeats the false criticism previously offered by his Fox News colleague Sarah Palin. On his Fox show from June 17th:
Beck: We saw it on the border. If you really wanted to protect us, you would fix the problem. You would fix the flood of illegal aliens coming across the border. Now we have President Obama. We didn’t stop the flood of illegal immigrants. What are we doing now with the spill? If this were really about the spill, we would first work on, what? Stopping this! Before talking about energy and taxes and cap-and-trade or solar panels or saying, “Don’t tell me that we can’t fundamentally transform the country into solar panels and green energy.” You would stop the oil spill. You would get a tourniquet. This should be our priority. But it’s not.


Former half-governor, Sarah Palin debuted this falsehood immediately after Obama’s Oval Office speech. During the June 15 edition of The O’Reilly Factor after Obama’s speech, Palin said “we haven’t had the assurance by the president that” the BP oil spill “has been his top priority.” 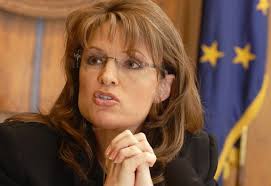 Fact: Obama had called spill “my top priority.” During a May 27 press conference:


Obama: Those who think that we were either slow on our response or lacked urgency don’t know the facts. This has been our highest priority since this crisis occurred.” He also commented: “But here’s the broad point: There has never been a point during this crisis in which this administration, up and down up the line, in all these agencies, hasn’t, number one, understood this was my top priority — getting this stopped and then mitigating the damage; and number two, understanding that if BP wasn’t doing what our best options were, we were fully empowered and instruct them, to tell them to do something different."
Beck on the BP Hearings in Congress 3) Beck compared BP hearings to McCarthy hearings, feeding Christians to lions. On the June 18 edition of his radio program, Beck asked during a discussion of the BP hearings, “How do we not see the McCarthy hearings in this and everything else that is going on in Washington?” He went on to criticize the tone of the hearings, stating, “If you have all of the facts, if you can nail them to the wall, there’s no reason to get nasty.” Beck concluded: “We are in a thugocracy. We are being run by criminals, and we’ve got a little puppet show just to entertain the masses. Why don’t we bring some Christians out and feed them to lions?” It’s not surprising to see Beck taking the side of BP, an unscruplous oil giant, against the elected Representatives of the American people.


The Shakedown of BP


4) Glenn Beck said “I think it is a tragedy of the first proportion that a private corporation can be subjected to what I would characterize as a shakedown, in this case, a $20 billion shakedown, with the attorney general of the United States … participating in what amounts to a $20 billion slush fund that’s unprecedented in our nation’s history, that’s got no legal standing, and which sets, I think, a terrible precedent for the future….”


First of all, BP executives offered to set the $20 billion escrow account to deal with the massive financial losses to the people in the Gulf. More to the point, Beck, who pretends to be on the side of his audience, is taking the side of the corporation that caused the oil spill.


5) From Media Matters: On his June 17 Fox News show, Beck criticized the moratorium on new offshore drilling, stating: “If your job isn’t more secure and your energy isn’t cheaper, who wins? Because you’re not. Who does? Well, the usual suspects.” Beck mentioned drilling offshore in Brazil and claimed:
Beck: Again, George Soros has nothing to gain from this. He’s just telling the president what to do through the Center for American Progress. The Soros Fund Management LLC, I guess we should tell you this, holds a stake in Petrobas [sic], that is the oil company of Brazil, in the amount of $900 million as of December 31, 2009. Petrobas, theBrazilian oil company that the Obama administration – get this – the Obama Administration is now lending $2 billion to. You ready? Wait for it. What is the $2 billion going for? To perform offshore drilling in Brazil.


Media Matters: Loan approved by Bush-appointed bank board. As FactCheck.org noted in September 2009, the “bogus” claim can be traced to an email that was circulating at the time. FactCheck called the claim “bogus,” noting that the Export-Import Bank of the United States approved a “preliminary commitment” to Brazil to finance “their purchases of U.S. equipment, products and services.” At the time, “the Bank’s Board consisted of three Republicans and two Democrats, all of whom were appointed by George W. Bush.”


Soros sold stock before Ex-Im bank loan. The FactCheck article also addressed the claim that the loan was intended to financially benefit Soros. From FactCheck.org:


MM: The message claims that George Soros would “benefit most” from the loan, but that is also a baseless accusation. Soros is a favorite whipping boy of conservatives because of his early financial help to the liberal group MoveOn.org. And he is indeed a major investor in Petrobras, through his New York-based hedge-fund firm, Soros Fund Management LLC. But the hedge fund recently sold 22 million shares of common stock in the company (which carry voting rights) while buying 5.8 million shares of preferred stock (which is non-voting.) As reported by Bloomberg News, Soros reduced his stake in the company before any of the Ex-Im Bank’s promised loan has been dispensed.
Distorting the President’s Policy on Terrorism
6) On the same June 17th show on Fox, Beck claimed, “Obama said, ‘There is no war on terror…No war on terrorism, but now in a speech he’s announcing a war on an oil slick. It doesn’t feel right, does it?”


What doesn’t sound right are Beck’s words. The President has repeatedly talking about fighting the war on terror including in his inaugural address. Furthermore, Beck, once again, distorted the President’s words. Following is a link to the President’s speech. I challenge Beck’s supporters to point out where Obama announced a war on an oil slick. Click on his picture below. A Glenn Beck Review Prediction
Beck will be expelled from "Fox News” by years end.

Update, 2/12/2011: Well, that didn't work out. A petition demanding that Beck be fired with over 10,000 signatures was presented to NewsCorp, but they would not even accept them. Keep on keeping on:
Posted by The Glenn Beck Review at 1:14 PM

Ok ok I got it Glenn Beck is wrong and Obama is always 100 % right he is the Messiah, He is going to fix all our problems with his magical pen, He just have to sign new laws, and the world would become paradise, overnight. Come on guys how silly you think we are. sandcv2000@hotmail.com

Nobody here has said that Obama is always right; far from it. No one calls Obama a "Messiah" other than right wing pricks.

You do seem pretty silly with your ideas of what the President is trying to do. My guess: you watch Glenn Beck who is absurd and deceitful in his "analysis."